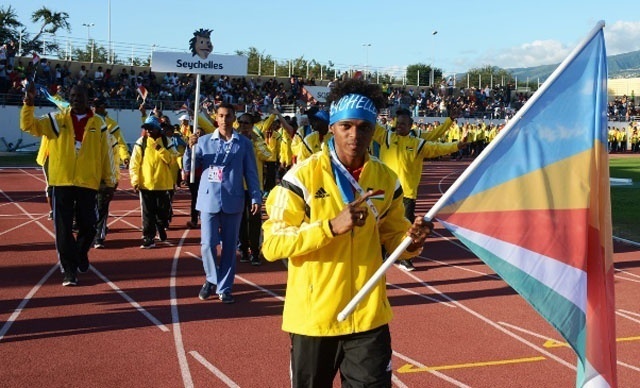 Seychelles will participate in 12 events in the Indian Ocean Island Games. (Patrick Joubert)

(Seychelles News Agency) - Seychelles will join other island nations in the region in less than two weeks to contest the 10th edition of the Indian Ocean Island Games in Mauritius.

Alain Alcindor, the secretary-general of the Seychelles Olympic and Commonwealth Games Association, told SNA that the island nation’s delegation will comprise of 351 members.

“The Seychelles’ delegation will be led by the chairperson of the National Sports Council (NSC) board, Eddie Micock. The head of mission will be Jean Larue -- the chief executive of the NSC,” said  Alcindor.

The Indian Ocean Island Games is a multi-sport event held every four years among athletes from Indian Ocean island nations. The Games were created by the International Olympic Committee in 1977.

Terence Barbe, the chairperson of the local committee, told SNA that when it comes to the logistical planning, “everything on our side is ok. Now the federations are doing their last intensive training.”

The first group from Seychelles, an archipelago in the western Indian Ocean, will be travelling on July 13 and according to Terence Barbe, the last and biggest group will travel on two charter flights on July 17.

“The results will show if the federations have prepared their athletes well. There are also other factors that might affect our performance including how well prepared out opponents are,” said Barbe.

He added that at the end of the games, “the results will also where we are and what we have to do to improve."

Seychelles' best performance was when it hosted the games for the second time in 2011. The island nation won 123 medals including 57 gold medals.