6 major historical events showing how busy Junes are in Seychelles 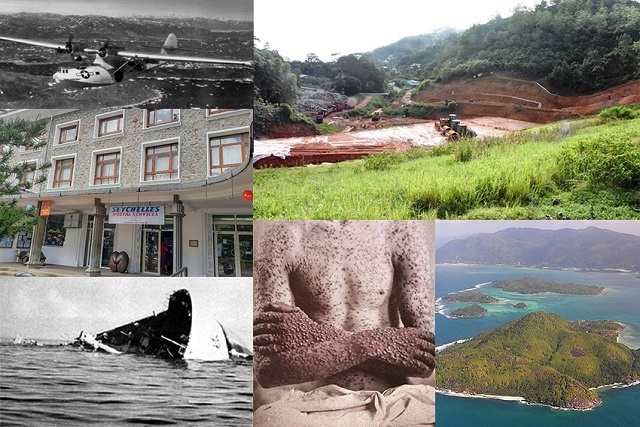 (Seychelles News Agency) - June is a busy and historically rich month for Seychelles - an archipelago of 115 islands in the western Indian Ocean. The island nation celebrates two important milestones during this month: its Constitutional Day on June, 18, and its Independence Day on June 29.

Here are six other important and tragic events which all happened in Seychelles in June.

Ennerdale, a Royal Fleet Auxiliary tanker, was leaving Mahé in the morning of June 1 when it struck a submerged pinnacle of granite and sank near Mamelles islet, eight miles to the north-east of Victoria.

The crew, which consisted of 18 British officers and 33 Seychellois men, escaped unscathed.

Ennerdale now lies in 3 pieces at around 30m deep and has become a popular diving site in the island nation. Its story has been immortalised in a song by well-known Seychellois artist Joh Wirtz.

The Governor of Seychelles at the time, Frederick Crawford, inaugurated the Queen’s Building to commemorate Queen Elisabeth II’s coronation. The building is located in the capital city of Victoria, on Independence Avenue, a few meters away from the Clock Tower.

Made out of local granite, the building used to house the secretariat, the government’s Savings Bank and the audit department. In 1962, the top floor was home to Radio Seychelles.

Today the building is called Liberty House and houses the Ministry of Finance and the central post office.

The La Gogue dam was inaugurated by President France Albert Rene on June 4, 1979. The embankment dam was a draw-off tunnel and 8 kilometres run of 400mm pipeline leading to the Rochon dam.  The La Gogue dam had a 220 million-gallon capacity at the time.

On June 9, 1883, HMS Undine arrived in Port Victoria from Zanzibar with a passenger on board afflicted with smallpox. Wrongfully diagnosed as chickenpox, the disease soon spread across town and suburban neighbourhoods, killing dozens of people and creating panic among the population.

The smallpox epidemic spread to claim the lives of hundreds. According to an article in Seychelles Nation, the bodies of infected people “had to be put into a coffin, the bottom of which was lined with a thick layer of quick lime or coarsely powdered charcoal.”

For two years Mahé was quarantined and no supplies from Mauritius were allowed in.

It was on June 17, 80 years ago, that the archipelago welcomed its first aircraft on its soil from Australia. The aircraft was a consolidated model 28 Engine Flying Boat named GUBA 11.

This happened well before the International Airport of Seychelles was opened on March 20, 1972

The main purpose of the station, which had four aircraft, was to conduct anti-submarine patrols, air or sea rescue searches and convoy escorts.

The Catalina flying boats operated communication flights between Seychelles and Mauritius, Madagascar, and Kenya. They carried mail in and out but were only authorized to carry properly censored mail for members of the armed forces.