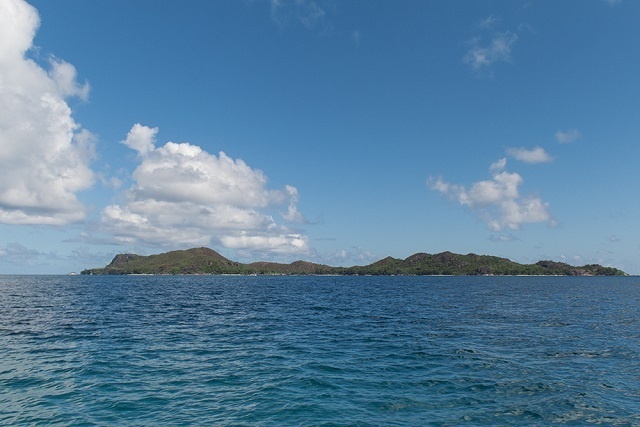 Curieuse is one of the largest and most visited national parks in Seychelles. (Salifa Karapetyan, Seychelles News Agency)

A success story in terms of conservation, restoration, and protection of the environment, the Curieuse National Marine Park is also seen as a major source of income for local entrepreneurs in Seychelles.

Curieuse was amongst five other sites which were declared national and marine parks In June 1979. The island is situated on the north side of the second most populated island of Praslin. It is the only other island apart from Praslin where the endemic coco de mer grows in its natural state.

“Protected areas like Curieuse have played their role in showing the public how the environment thrives when protected,” explained Selby Remy - the chief executive of the Seychelles National Parks Authority (SNPA), which manages terrestrial and marine parks.

Remy added that “it is such sites which have given life and ensured the protection of different other species. With all the developments happening in Seychelles, things could have been much worse for our biodiversity, if not for protected areas.”

Curieuse is one of the largest and most visited national parks in Seychelles – 115 islands in the western Indian Ocean. Curieuse has had over 72,000 visitors for the last three years.

The island encompasses conservation, management of natural resources to recreation, tourism, education, and awareness as well as research.

It is the only other island apart from Aldabra Atoll – a UNESCO World Heritage Site – where a large number of the endemic giant land tortoises can be found.

“I think the biggest success of Curieuse has to be the number of livelihoods it sustains. A number of charters from the neighbouring islands of Praslin and La Digue live off the island,” Flavien Joubert, a former board member, and chief executive of the SNPA told SNA.

“With Curieuse we can give clients a bit of everything. We start the excursion by visiting the giant land tortoise, then there is a nice trail through the mangroves culminating into barbecued lunch on the beach,” said Adrian Uzice, who has run a charter business since 2005.

Uzice added that for $103 – which includes a landing fee of $15 - clients also get to snorkel in the St Pierre marine park which is part of Curieuse, often referred to as having the most beautiful undersea life.

“I take this opportunity to commend the devotion of staff and rangers of the SNPA for the brilliant job they are doing despite the challenges they face.”

Uzice added that the success of the park does not lie solely on the authority but also with the boat charters themselves.

“We as boat charters should have the responsibility of ensuring the conservation of the island, with simple things like picking our thrash after our picnic.”

The stunning island of Curieuse not only has a rich environmental legacy but is famous for its rich marine biodiversity and is used for research purposes by both local and international groups.

But despite the success, there have been challenges as the chairperson of the board of SNPA, Helena Sims explained.

“It has not been a smooth ride. The environment has also seen many including tsunamis, multiple mass bleaching events, some with over 90% coral mortality, tropical depressions, and droughts. SNPA is as keen as ever to grow and adapt to overcome such challenges,” said Sims.

However the authority is optimistic about its future: “With the transition to autonomy in January this year, the SNPA has a great opportunity to improve its financial outlook and strategies to best serve the people of Seychelles and visitors of marine and terrestrial National Parks.”