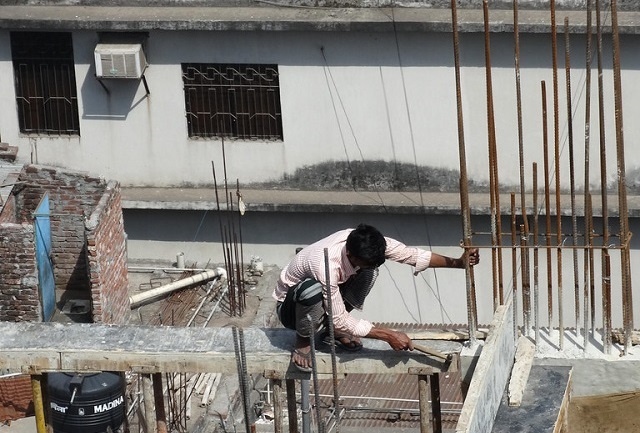 Among the cases reported are migrant workers who are mainly from Asian countries such as India, Bangladesh, Sri Lanka and the Philippines. (Adam Jones, Flickr) Photo License: CC BY-SA 2.0

(Seychelles News Agency) - In recognition of its efforts to combat trafficking, Seychelles has been upgraded on the United States Trafficking in Persons Report for 2019, the Department of Foreign Affairs said on Tuesday.

The annual report which is released by the US Department of State Office assesses what governments around the world are doing to combat trafficking.

The upgrade of Seychelles is due to the fact that although the government of the island nation does not fully meet the minimum standards for the elimination of trafficking, it is making significant efforts to do so.

The report which was released last week states that the Seychelles’ government “demonstrated overall increasing efforts by investigating and prosecuting more cases, as well as convicting its first trafficker under the Prohibition of Trafficking in Persons Act of 2014.”

The report was well received by the Seychelles’ Vice President Vincent Meriton who said that “Seychelles will continue its fight against such crimes and we share the US Secretary of States’ message that we send the strongest message possible to traffickers that we will not tolerate their despicable and criminal acts.”

In the first case of trafficking in persons recorded in the Seychelles since a law on the issue was passed in 2014, a Bangladeshi national was sentenced to three years in prison last November after he defrauded four people of money and forced them into labour and maltreatment.

On the other hand, Lucianne Sofola, the chairperson of the Association for Rights, Information and Democracy (ARID) in Seychelles told SNA that “we do take note that we are now out of watch-list but we, ARID, who is on the field sees it otherwise.”

She said that “coercion is high, there is also overwork and under-payment. Employees are being beaten up by their bosses and the living conditions of some workers are very very poor.”

Among the cases reported are migrant workers who are mainly from Asian countries such as India, Bangladesh, Sri Lanka and the Philippines. Migrant workers are mostly employed in the construction sector.

Other efforts made by Seychelles during the reporting period include investigating a senior government official; identifying and providing assistance to more victims and allocating some funds to assist victims this year.

“For the first time, the government awarded victims restitution from their traffickers, and the government also established a special task force to inspect migrant worker labour conditions, including inspections in the Seychelles International Trade Zone (SITZ) during the reporting period,” the report stated.

Meriton said that “given the indiscriminate and impermeable nature of this crime, coupled with the significant human and financial resource constraints faced by a Small Island Developing State such as Seychelles, challenges nonetheless remain.”

According to the report, the government of Seychelles did not meet the minimum standards in several key areas pertaining to the trafficking victims.

These include having any comprehensive shelters or care facilities available; not implementing its standard operating procedures for victim identification and referral or its victim assistance mechanism; not providing adequate anti-trafficking training for its personnel and not utilising national centralised anti-trafficking data collection and reporting tool.

Furthermore, the government did not provide sufficient resources for victim assistance and did not adopt a National Action Plan (NAP) to address trafficking and government officials denied the existence of and made negligible efforts to address sex trafficking in Seychelles.

The keys areas have been listed as priority recommendation for the government of Seychelles, an archipelago in the western Indian Ocean, to address.

Sofola said that “we have a lot to do in line with this human trafficking issues in Seychelles. The government task force is not operational for now and all cases are brought in by ARID.”

Meanwhile, Meriton said that “Seychelles is determined to identify and overcome gaps in its strategy towards trafficking in persons, which includes putting in place appropriate short and long term strategies for the empowerment, rehabilitation, reintegration and social inclusion of victims of trafficking in persons.”

General » Be a reporter: Write and send your article » Subscribe for news alert
Tags: US Department of State Office, Trafficking in Persons report, Association for Rights, Information and Democracy