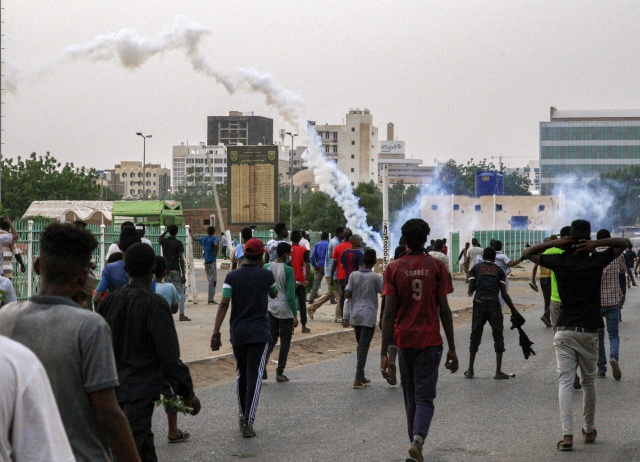 (AFP) - Three blood-stained bodies were found on Monday in Khartoum's twin city of Omdurman, an AFP correspondent reported, a day after mass protests against the ruling generals rocked Sudan.

Tens of thousands of people took to the streets on Sunday demanding civilian rule, in the first mass rally since a deadly crackdown on a protest camp nearly a month ago.

Crowds of protesters had flooded Khartoum and Omdurman, just across the Nile river from the capital, along with several other cities and towns across the country.

A health ministry official said that seven people were killed during Sunday's rally without elaborating how they died, while the protest movement said five demonstrators had been killed.

It also said that several more were seriously wounded by gunshots fired by "the military council militias".

And on Monday three bodies were found on the ground in Omdurman in an area where protests were held, the AFP correspondent reported.

Their identities were not immediately clear.

Crowds of people had gathered around the bodies, chanting "Just Fall, Just Fall," a catchcry of the protest movement that has rocked Sudan since demonstrations first erupted against since-ousted ruler Omar al-Bashir in December.

Sunday's mass protest was the first such rally since the June 3 crackdown on a protest camp outside the military headquarters in Khartoum left dozens dead and hundreds wounded.

The raid on the protest sit-in came days after the collapse of talks between protest leaders and generals about installing civilian rule.

The generals seized power after the army toppled Bashir in April following nationwide protests against his ironfisted three-decade rule.