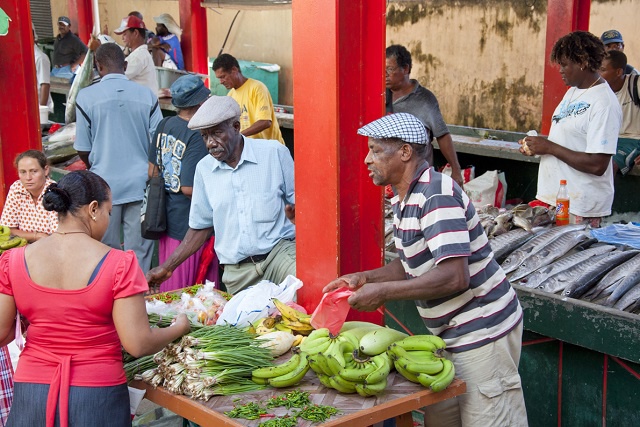 A typical day at the Seychelles market. The consumer as well as business' financial situation, cost of goods and services, are some of the topics addressed in the questionnaire (Seychelles News Agency)

(Seychelles News Agency) - The Seychelles’ Central Bank is seeking to assess public opinion of the national economic performance and also find out in which areas the institution should be better informed now that it has launched its first Consumer and Business Confidence Expectation Survey.

Audrey Rath, an economist in the CBS’ Statistics and Research Division has said the surveys being carried out twice a year, in January and July over a month's period, are not linked to any specific plan but will contribute to the Bank's analysis of how participants are faring in the economy and are also expected to reflect the public's opinion on key areas that are directly linked to domestic price stability.

“Seeing as the Central Bank’s primary objective is price stability, the survey will supplement the statistics on prices as well as other economic indicators that the Central Bank analyses. It will be factored into policy decisions going forward as well as provide an indication on the effectiveness of past economic policies from the perspective of the participants within the economy,” Rath told SNA in an email interview.

"It will also inform the Central Bank on the confidence level in the economy, as well as on how much confidence the public have in our economic policies. In addition, the Central Bank will be better informed when discharging its role as advisor to the government."

She noted that many central banks engage in this type of exercise and as such the CBS found it beneficial to launch its own.

The questionnaires are based on the participant's experience during the past 6 months and expectations for the rest of the year.

Rath said that as it is the first time such surveys are being carried out, they will be extended over two months. This means for the current one that started in July it will the end of August 2014.

"This will however be an ongoing exercise and the results collected over the years will give us an indication of how the economy is doing from the general public’s standpoint," Rath concluded.

The questions address several topics including the consumer as well as business' financial situation, cost of goods and services, fuel, transportation, utilities, opinion on job availability and the Seychelles Rupee/US dollar exchange rate amongst others.

There is no selection process of participants but the target group is businessmen and members of the public aged 18 and above as they are of productive age and would be in a better position to answer the questions.

Individuals who are interested can collect the questionnaire in person at the CBS or they can downloadeda copy from its website, while questionnaires have also been circulated to various business organizations and institutions in a bid to ensure maximum participation.

The CBS has given the assurance that all information collected will remain confidential and only the aggregated results will be published.

The results of the present survey are expected to be released in September 2014.

Seychelles to issue new banknotes and coins in December