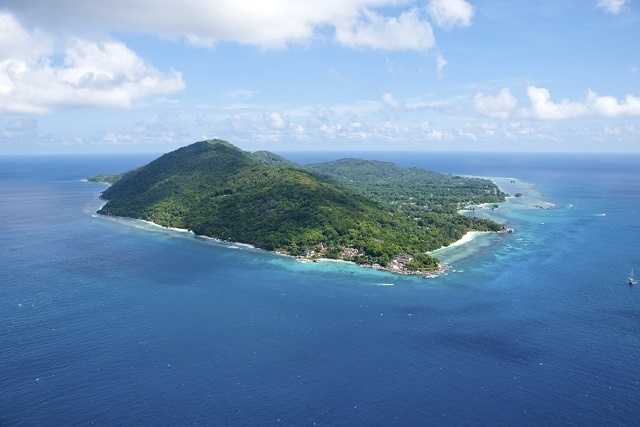 La Digue will become the first island in the Seychelles archipelago to get its own dedicated history museum. (Gerard Larose, Seychelles Tourism Board)

La Digue will become the first island in the Seychelles archipelago to get its own dedicated history museum. ‘Musee de La Digue’, to be built at L’Union Estate, will trace the island’s history since its discovery.

The museum is an initiative and partnership between the Seychelles Heritage Foundation and L’Union Estate.

“L’Union Estate in itself is a living museum and what better place to build our own museum, if not here. This is the ideal location,” said Andreix Rosalie, board member of the estate.

Rosalie, a native of the island, explained that an authentic island such as La Digue should preserve its rich and unique history. “It will be a place where we can also, keep artifacts and other things related to our culture and heritage,” added Rosalie.

The foundation of the museum was laid by President Danny Faure as part of this year’s National Day celebrations. Its completion is expected in June 2020.

La Digue is the third-most populated island of Seychelles – 115 islands in the western Indian Ocean. It is the fourth-largest granitic island after Mahé, Praslin, and Silhouette.

La Digue was first sighted by the French navigator Lazare Picault in 1742, but it was not named until 1768, after a ship in the fleet of French explorer Marc-Joseph Marion du Fresne.

The first people settled on the island in 1789, when French colonists from the neighbouring island of La Reunion arrived with their African slaves.

Historian Tony Mathiot told SNA on Tuesday that the island has such a rich history that it is worth preserving. “Take the first settlers for instance, whose descendants -- Mellon, Payet, Camille, and Laporte -- are still living on La Digue.”

“Right on the estate, there are the vaults of the first Muslims on La Digue –  Rassool and Hossein – who were originally from Persia (today Iran). They were partners and at one time the biggest landowners in the country,” explained Mathiot.

The historian added, “so La Digue has its own story to tell and telling the same in a museum, with artifacts, objects, panels, and photos are the best way.”

L’Union Estate is the most prized landmark of the island. The estate of around 300 hectares is home to Anse Source d’Argent, which is often voted as one of the most beautiful beaches of the archipelago,

It has one of the biggest granite boulders in Seychelles, which makes it an excellent viewpoint. Hundreds of visitors flock to the estate daily to see the traditional copra mill and kiln, watch the estate’s population of giant land tortoises, take a stroll around the majestic Plantation House and the vanilla plantation.

Lyn Asba, a Diguois living and working on the main island of Mahe, has welcomed the news of the La Digue museum.

“This is an excellent initiative and I look forward to the completed museum. More than half of my life has been here on Mahe, studying and working. I would love for my children to learn more and discover our roots."