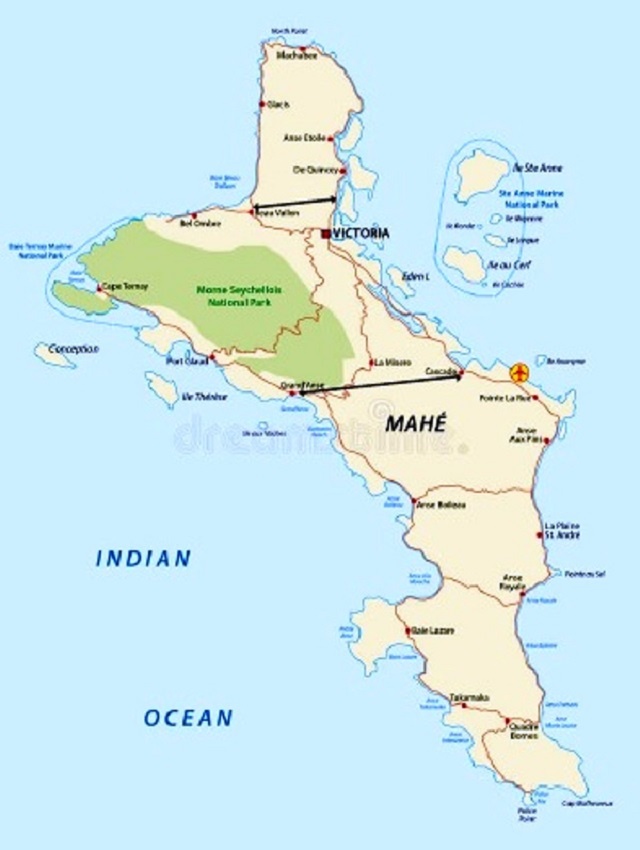 There are plans to build two tunnels on Mahe -- one linking the west coast to the east coast and one linking Victoria to Beau Vallon. (Seychelles Nation)

(Seychelles News Agency) - A preliminary report shows that the construction of two tunnels on Seychelles’ main island of Mahe is feasible, said a top government official on Thursday.

Yves Choppy, principal secretary of infrastructure, gave a summary of the project to the Committee on Government Assurances (COGA) in the National Assembly.

The Committee is tasked with the responsibility of oversight and making the government accountable for its pledges.

“At the end of 2017, we appointed a consultant from Norway to conduct a pre-feasibility study. This included finding the cost estimation, the length and other studies that need to be conducted before undertaking the project,” said Choppy.

In his State of the Nation Address last year, President Danny Faure, said there are plans to build two tunnels on Mahe. The major one is expected to link Grand Anse, in the west, to Providence in the east. The other tunnel would be between the northern district of Beau Vallon and English River, a central district.

“We got a preliminary report of the study last year and a final report will be published by the end of July. The report shows that the project is technically feasible. The geological condition that we have here has been encountered in other tunnel projects done in other countries. The study is also guiding us on the favoured method of construction and the size we can build the tunnel,” he added.

In an interview last year, the economic advisor in the President’s Office, Bertrand Belle, said that the building of a tunnel will reduce costs related to the transportation of either merchandise or people.

“One, it will save on time and the amount of fuel used. It will also reduce wear and tear on vehicles and the road if you build a tunnel,” Belle said.

Choppy also talked on the benefits of tunnel saying that since the eastern side of Mahe is more developed, a route connecting directly to the other side will lead to more development in the western side as transportation of goods will be done in less time.

“It will further reduce the cost of living for people on the western side as prices of goods will remain reasonable. Since the western side is an agricultural area, farmers will also benefit from the low operational cost as transportation will be easier and at a low cost. The benefit will then be passed on to consumers,” he added.

The study estimated that once the project starts it will take approximately three years to be completed and is expected to cost $63.14 million. An environmental impact assessment (EIA) has not been conducted yet, according to the authority.

Choppy said that a financing mechanism has not been decided but that the project will seek the support of the private sector.

“If the private sector invests in the tunnel project, the only way that the private party will be able to get a return for its investment is to charge people using the tunnel,” said Choppy.

As a result, there is the possibility that the tunnel will function as a toll road -- a public or private road for which a fee is charged for passage. Currently, the western side of Mahe is linked to the eastern and central sides by four cross-island main roads -- Sans Soucis, La Misere, Montagne Posee and Les Canelles.

Also during the session with COGA, the principal secretary gave a summary on the different projects relating to land reclamation. There are five specific areas that the government has decided to reclaim.

The reclamation projects, including a reserve of 600,000 cubic metres of ‘coral fill’, will cost €67 million.

General » Be a reporter: Write and send your article » Subscribe for news alert
Tags: Committee on Government Assurances, environmental impact assessment, State of the Nation Address