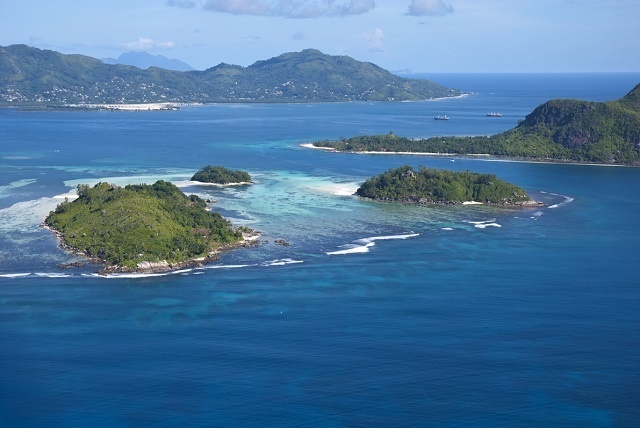 (Seychelles News Agency) - Seychelles – 115 islands in the western Indian Ocean -- is known for its pristine and well-protected environment. In the last few years, there has been increasing emphasis on the need to use the ocean’s resources in a sustainable manner.

SNA brings you three prestigious awards presented to President Danny Faure in recognition of Seychelles' commitment to the Blue Economy.

The award, which was presented by the chairperson of the Commission, Moussa Fakki, recognises countries, associations, and individuals who have made significant contributions towards Africa’s Blue Economy agenda.

“This award recognises Seychelles as a champion of the Blue Economy in the maritime sector, across the African continent and around the world,’ Faure said whilst accepting the prize.

Another prestigious award which was bestowed on Seychelles and received by the president was the Planetary and LeadershipAward. Danny Faure and the former President James Michel were both recognized during the National Geographic Awards ceremony, in Washington D.C.

The Planetary and Leadership award recognizes a world leader who has successfully established globally significant protected areas, such as national parks, wilderness areas, or marine reserves, that are fully shielded from exploitation.

Faure dedicated the award to the people of Seychelles, State House said. He said that Seychellois citizens have a strong connection with nature and remain committed to successfully protecting and preserving the environment.

The latest award to be received by Seychelles’ President Danny Faure is the Ocean Heritage Award from the Shark Research Institute based in the United States in recognition of the protection of the island nation's marine territory.

Faure received the award in recognition of the marine protection of 30 percent of Seychelles' Economic Exclusive Zone (EEZ) and his global advocacy for the ocean and environment conservation.

“I am honoured to receive this award on behalf of the government, and I dedicate it to the people of Seychelles. As a Small Island Developing State being affected by climate change, it is crucial that we work collectively to safeguard our future generations.”