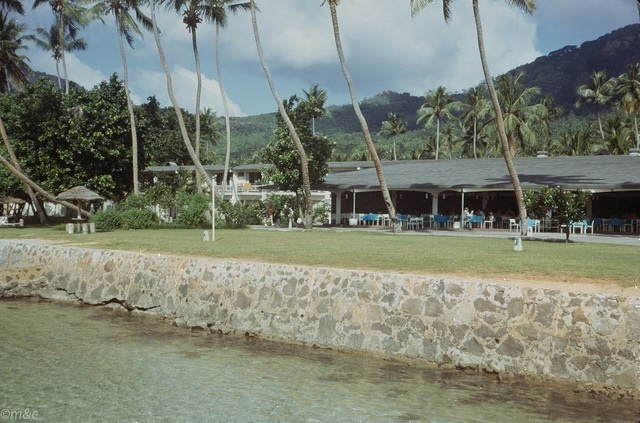 Reef hotel is an old abandoned hotel on the east coast of the main island of Seychelles, Mahe. (cloud-cuckoo-land, Flikr)

The Seychelles' government has approved the sale of the former Reef Hotel, which will be demolished and rebuilt, said a top official Friday.

Mauritians Krishan Malhotra, and Jadoo Harmann Dookan are the new owners of the  former hotel, located at Anse Aux-Pins, a district in the east of the main island Mahe.

The Minister of Habitat, Lands, Infrastructure, and Land Transport, Pamela Charlette, told a news conference that the two are now shareholders in the hotel with the purpose of developing a tourism establishment.

Reef Hotel was the first tourist establishment of international standard to be opened in the 115-island archipelago in the western Indian Ocean in 1972 with 150 rooms.

The facilities at that time included a restaurant, bar, swimming pool, tennis court and a golf course. The hotel, which was once a popular venue for seminars and local entertainment events, hosted the first Tourism Ball and the opening of the U-first campaign in December 1993.

The hotel closed down in 1990 and in 2001 it was brought by the Beachcomber hotel group from Mauritius.
At the press conference the Minister for Finance, Trade and Investment, Maurice Loustau-Lalanne, said that the developers are planning to invest $34 million in the redevelopment of a new tourism facility.

The minister added that the new owners have acquired the hotel at the price of $6 million.  The Seychelles’ government is getting $300,000 for processing fees and stamp duty.

Before giving their approval the Seychelles’ government has set some conditions with the proprietors.

For instance, the proprietor should retain the name Reef Hotel for their new establishment.

’This decision has been taken to retain the historical memories that place once had,” said Lousteau-Lalanne, adding “that there should be a dedicated pedestrian access to the beach. The facilities should also
be accessible to the locals. For example there should be a bakery, restaurant, exhibition space for local artist and a sound proof night club.”
Also speaking at the conference, the chief executive of the Seychelles Investment Board, Cindy Vidot, said that all necessary procedures are done.
Vidot added that the development will create job opportunities for 200 people. “Aside from its source of entertainment, other investors will also find opportunities with this investment.”
General » Be a reporter: Write and send your article » Subscribe for news alert
Tags: Reef Hotel