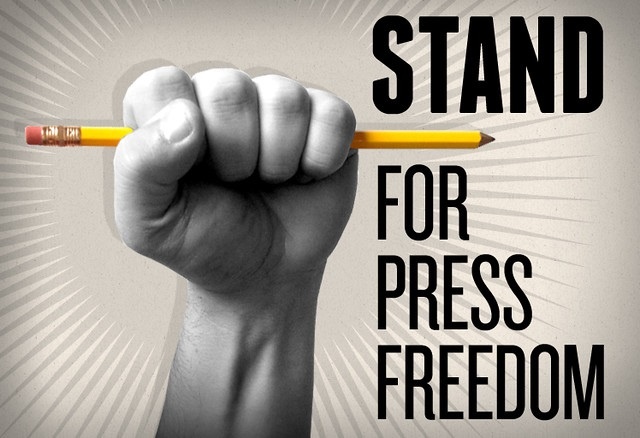 The pledge notes that the media is an integral element of global society and prosperity and that people need free media. (Free Press/Flickr) Photo License: CC BY-NC-SA 2.0

(Seychelles News Agency) - Seychelles has joined other nations in committing to work to protect media freedom by signing a joint declaration led by the U.K. and Canada on the sidelines of a global conference last week.

The Secretary of State of Foreign Affairs, Barry Faure, signed the document last Thursday, on the sidelines of the global conference for media freedom in London from July 10 to 11.

“Seychelles recognises the pledge as a commitment made to continuously defend the freedom of the press. As you know this forms part of our culture and it is enshrined in our constitution,” Faure told SNA on Monday.

The conference addressed the rise in attacks on media freedom which are viewed as attacks on the human rights of journalists and those working in media organisations. It is part of an international campaign to shine a global spotlight on media freedom and increase the cost to those that are attempting to restrict it.

The Secretary of State told SNA there was a need “to sign the pledge in solidarity with the journalists who have been killed for doing their job. This toll has increased over the years and we are not going in the right direction. This is the time for us to take action.”

Ministers and representatives at the conference agreed that media freedom is the lifeblood of democracy and without it, economic prosperity and development are hindered.

Faure said that the government made a commitment to include this pledge in everything it does and this shows that “we are affiliating ourselves to this international movement to protect the interest and defend the freedom of journalists.”

The pledge notes that the media is an integral element of global society and prosperity and that people need free media to provide them with accurate information and informed analysis if governments are to be held to account.

It also notes that attacks on media freedom are attacks on human rights and pledges to ensure that the people in respective countries can enjoy all of their human rights and the benefits these bring to society. Participants promised to speak out and take action together through a Media Freedom Coalition.

Seychelles, a group of 115 islands in the western Indian Ocean, is ranked 69 out of 180 countries in the 2019 World Press Freedom rankings, moving up and improving 16 places from last year.

“Despite this ranking, there are still a lot of things that we can do to improve especially with regards to some provision in our law,” said Faure.

The ranking of Seychelles is attributed to a number of actions taken by the island nation to ensure freedom of the press and this include the Access to Information Act which President Danny Faure assented to in July last year.

Seychellois will soon have access to information, vice president says