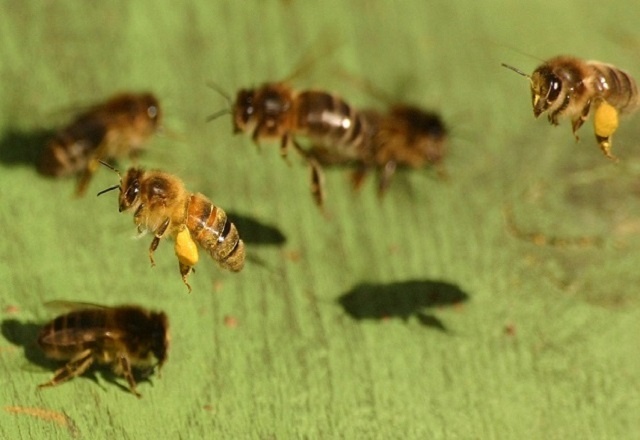 The move ultimately will help ensure that pollination continues and crops are able to grow.

“Seychelles is in the process of getting assistance from FAO (Food and Agriculture Organisation) to relook at the way it controls the hairy caterpillars and other pests and also how to control melon flies with the aid of the IAEA (International Atomic Energy Agency),” said the Principal Secretary for Agriculture, Antoine Marie Moustache.

Moustache told SNA recently that the alternatives include plant-based products such as Neem, modified bacteria which occur in the environment along with sterile male technique.

In a research project carried out last year in Seychelles – 115 islands in the western Indian Ocean -  pesticide and other chemical residues were detected in honey and pollen collected from 21 locations on the three main islands - Mahe, Praslin and La Digue.

Though the level of pesticide and chemicals found in the honey do not pose any danger to human health, the chemicals are destroying bees.

A local beekeeper - Arthur Toule-Thilathier - said on national television that “if we lose honey bees today, we won’t be able to survive in several years as bees are largely responsible for pollination.”

Another beekeeper, Norman Dogley, said that the situation is “alarming as farmers are using a lot of chemicals on their farms and this is affecting and killing our honey bees or they are moving away as a result.” Dogley has recently lost 25 percent of his bee colony.

Alternatives being considered, known as biopesticides, are made of living things, or they are found in nature. The chief plant biosecurity officer, Keven Nancy, explained that biopesticides are much more selective and friendly to human health.

“They target the pest or disease and hence do not have the broad-spectrum impact that will destroy everything,” said Nancy.

Biopesticides tend to pose fewer risks than conventional chemicals. Very small quantities can be effective and they tend to break down more quickly, which means less pollution.

Commercial farmers in Seychelles follow a short course, conducted by the Pesticides Board and the Seychelles Agricultural Agency, after which they have issued a pesticide use competency certificate. Only by the policy are the farmers allowed to use commercial pesticides.

Nancy said that with the use of biopesticide, contrary to conventional pesticides, are used when a farmer noticed that there is a high level of pest.

“A farmer needs to observe his farm on a daily basis, and when a certain number of pests is seen in the set trap, the treatment programme can be started using biopesticides, giving the farmer more control. Before a farmer was applying conventional pesticides whether or not there were pests,” said Nancy.

The move to environmentally friendly pest control is also in line with the Comprehensive Agriculture Plan of the country and the world’s best practices.

In February, the island nation relaunched a project to reduce the number of fruit flies, a pest that is currently affecting the production and yield of certain crops. The Ministry of Agriculture and Fisheries is working in collaboration with IAEA to carry out the project, allowing the ministry to integrate the Sterile Insect Technique (SIT).

The Sterile Insect Technique involves the rearing of fruit flies in a laboratory and once reaching the pupa stage, the flies are sterilised through the use of radiation.

These flies are later released into the wild, where they mate with the wild ones. Since these flies are infertile, the female flies will not lay any egg causing the population to decrease.