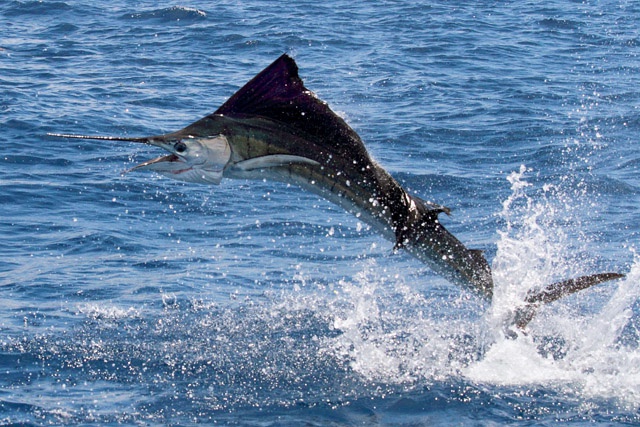 Anglers will be targeting Sailfish and other species including Rainbow Runner, Dorado, Wahoo, Yellowfin Tuna, Dogtooth Tuna and Barracuda.

With departure from the Seychelles main island of Mahé set for 3am local time Saturday morning, teams with 2 to 6 anglers will head out to battle the Southeast Monsoon which is characterized by rough sea condition.

For SSFC “this is the time of the year when sailfish are easier to find,” the club’s Secretary, Grant Heyer told SNA in an interview.

The South East Monsoon Sailfish Tournament, the fourth being organised by SSFC this year, will be the second consecutive tournament with a conservation message.

The last tournament in June was a milestone the anglers were competing in the first ever Seychelles Billfish Release Challenge organized by SSFC and the World Wide Fund for Nature (WWF).

The Billfish Foundation is a worldwide conservation group based in the United States dedicated to the conservation of Billfish (such as blue marlins, sailfish and swordfish) and associated species to improve the health of oceans and economies.

“As such the teams are being discouraged from taking more than one sailfish. Should a team catch multiple sailfish, the teams are encouraged to tag and release the smaller sailfish to be eligible for the Billfish Tag & Release Trophy. In addition, catching a marlin will not be rewarded unless the teams tag and release it,” noted Heyer.

The team with the most tagged and released sailfish, marlin, swordfish and spearfish will win the Billfish Release trophy.

As was the case in June, teams have to make a video of each tag and release of all billfish and present it to SSFC at the weigh-in to be eligible for this prize.

An additional step taken to further reinforce the conservation message is a point structure to determine the winner based on a 20kg sailfish weight with significantly more points awarded for a sailfish over 20kg.

The overall winner will be determined based on the heaviest sailfish in addition to awards for the heaviest fish of the other species included in the tournament rules.

Aside of the Billfish release challenge, eight other prizes are up for grabs in the Tournament; on top of the Tournament Winner and Runner-Up, the anglers will be rewarded for coming in with the heaviest Barracuda, Dorado, Rainbow Runner, Dogtooth Tuna, Yellowfin Tuna and Wahoo.

Heyer told SNA that at last year’s tournament also held in August, a total of 7 sailfish were caught with the heaviest being 26.5kg.

Sports fishing fans will be gathering at the Marine Charter in the Seychelles capital of Victoria as from 3.00pm local time when the anglers will start coming in with their catch with all boats scheduled to return by 5.00pm for weigh-in.