Mandate of regional councils in Seychelles extended one month as evaluation of concept continues, official says 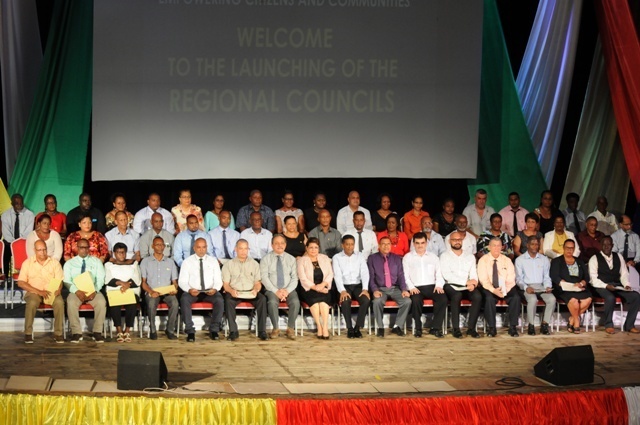 The seven regional councils were launched in July last year as a pilot project for a period of one year.  (Thomas Meriton)

The mandate of regional councils in Seychelles has been extended until the end of August due to the ongoing end of term evaluation exercise being undertaken by the ministry, the Designated Minister has said.

A top official from the Local Government department - Dan Frichot - told SNA on Wednesday that after the completion of the exercise at the end of August officials will reveal how they plan to move forward with the councils.

The seven regional councils were launched in July last year as a pilot project for a period of one year.  The appointment of the council members was criticised as curtailing democracy in the island nation, with some political parties not happy with being left out of the process.

The 49 nominated members were appointed in accordance with an agreed bipartisan agreement between the two main political parties  -- Linyon Demokratik Seselwa and the then Parti Lepep, now United Seychelles.

Seychelles – 115 islands in the western Indian Ocean -- is the only country in the region whose councils are nominated and appointed instead of being elected by the people.

But one year after, Seychellois views differ on the system.

“What council? I never saw them in my neighbourhood, but then again maybe where I live there are no issues that needed attention,” Daniella Marie of Copolia said.

Marie added that whilst she understood that the councils were piloted for a year, it is crucial for the people to have the choice and elect their own representatives as district and not regional councils.

A resident in Mahe who declined to share her name said that the councils were only duplicating the work being done by the district authority. “What we saw were them visiting roads, drainage, housing estates. But this is done by the district and its partners including health, road transport, and environment, which makes up the district team.”

According to the woman: “The money which the government gave as allowances to the members could have been used for other more pressing issues the districts have such as infrastructures such as social housing and programmes for children and young people.”

According to the Local Government department, the establishment of the councils is an initiative to empower the community and involve them in the activities of their districts.

The councillors were working on a part-time basis and were remunerated with a monthly allowance.

Michel Roucou, the chair of the regional council for the eastern region said: "The allocation of one year was too short as we had projects that could not be implemented in that time."

Asked about his views on people asking for a district council election, Roucou said that "it is understandable that people would want an election but in the meantime the council had to start somewhere and through this process we have had the chance to learn a lot about our communities and be closer to the realities of the ordinary citizen."