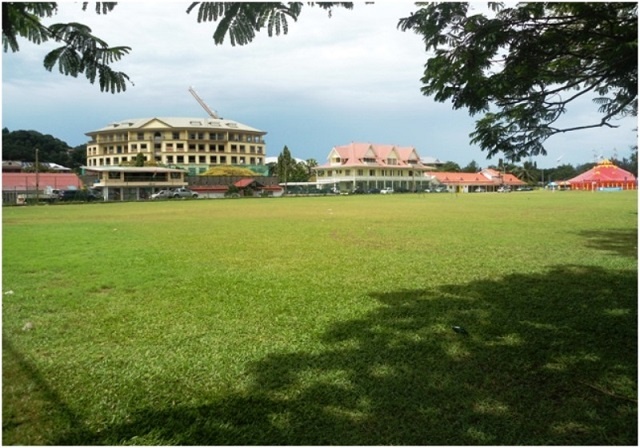 The Speaker's Corner will be located at the Freedom Square in the capital city of Victoria. (Seychelles Nation)

(Seychelles News Agency) - Seychelles is taking another step to support freedom of speech by approving regulations to designate an area where open-air public speaking, debate and discussion are allowed.

The Deputy Cabinet Secretary for Institutional Affairs, Johny Bastienne, said on Thursday that the new regulations “will provide an area in law to give everyone an equal chance to exercise their fundamental right to freedom of expression.”

The Speaker's Corner, which will be located at the Freedom Square in the capital city of Victoria, was approved by the Cabinet of Ministers under the Public Assembly Regulations 2019 Act.

Bastienne said that a specific area has been designated to ensure more order in how people express themselves while respecting the rights of others.

A Speaker's Corner is an area where anyone can turn up unannounced and talk on almost any subject to their concern.

In the last three years, there has been an increase in public demonstrations in Seychelles, a group of 115 islands in the western Indian Ocean.

In his State of the Nation address in March last year, President Danny Faure announced the establishment of a Speaker’s Corner in the capital.

Faure had said that “we live in a free country, in a democratic country. Protesting is a right under our Constitution, but it needs to be done with responsibility, upholding order and peace. This is essential in the maintenance of stability, which is what allows the country to progress.”

He said that this will be a place “where our citizens will be able to express themselves and their opinion.”

The proposed regulation makes provision for all details in regards to how to use the area and the necessary procedures needed to notify the police.

“More precisely we are talking about the usage of alcohol and debate or discussion that will encourage violence,” said Bastienne.

The regulation does not prohibit any protestation from taking place anywhere else than the designated avenue and Bastienne said that this “is because you cannot stop anyone from protesting as long they inform the police on the area so that it is done in order and peace.”

Speaking to SNA, Jean-Marc Lablache, a lawyer by profession, said that this regulation is a waste of time and goes against the spirit of the Constitution.

“I feel that it is restricting and confining the public as it is providing only one specific area where people can freely express themselves. This is another move by the government to impede freedom of expression. The minute you confine someone, it is the minute you are taking that person’s freedom away,” Lablache said.

Air Mauritius to begin twice-weekly flights to Seychelles in July