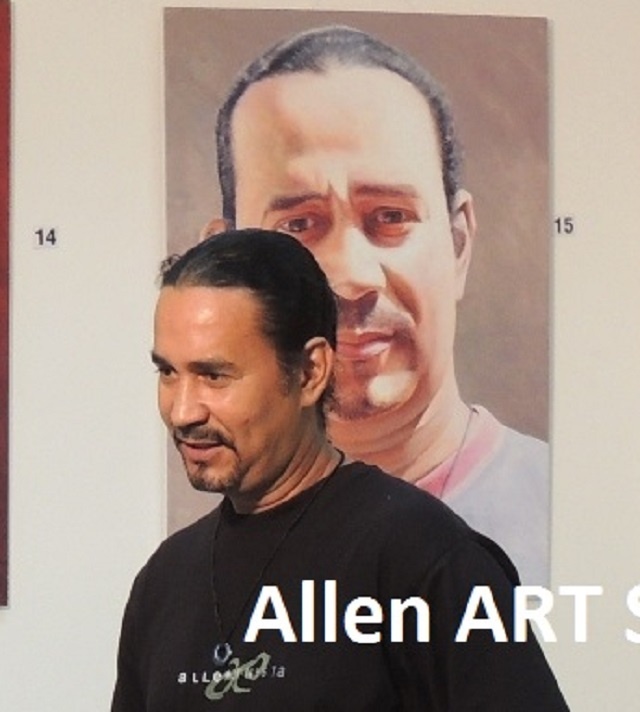 The former art teacher, Ernesta aged 50, is described as a talented artist with a humble, soft soul who had many dreams. (Allen Ernesta, Facebook)

Art lovers in Seychelles are mourning the loss of one of the best visual artists and painter in the island nation.

Allen Ernesta was well known for his works depicting the island nation’s way of life, its beautiful sceneries and landscapes as well architectures. Ernesta, who passed away unexpectedly last week was laid to rest on Monday at the Mont Fleuri cemetery.

The former art teacher, Ernesta aged 50, is described as a talented artist with a humble, soft soul who had many dreams. The artist is remembered for his many exhibitions nationally and internationally. His works were realist and represented the island nation’s culture, traditions, and its people.

Charles Dodo, a longtime associate of Ernesta, said that he is devastated by the death of a man he worked alongside for years.

“Even as I speak to you, we were supposed to meet tomorrow to discuss a project recycling plastics, which is our latest collaboration,” Dodo told SNA on Friday.

Dodo said what will stay with him is the love that Ernesta had for people. “He had good values and was genuine in his intentions Allen was all into people’s development, along the way he helped many,” Dodo added.

Jude Ally, an art teacher, said Allen helped him see and reach his potential. Ally explained that Ernesta used art for all the good reasons including for charitable causes and the betterment of communities.

“I remember the first such event was an auction sale which Allen organized at Eden Plazza and where money raised was given to a young boy who needed overseas treatment,” recounted Ally.

Ernesta was one of the few Seychellois who had the chance to participate in arts events in Luxembourg. It was there that Isham Rath met him.

“He presented himself as disciplined and super organized. He really impressed me as it was the first time I met him in person even though I had seen his work before,” said Rath.

According to Rath, “patience and perfection is something that Ernesta’s work represented. A true reflection of the artist himself.”

In fact, Ernesta whose preferred style was paint on canvas is remembered as neat, tidy, and meticulous, with high-quality works which can easily be mistaken for photographs.

“Bidding farewell to a maestro who painted the unique and beautiful sceneries of the Seychelles is so painful," said Frances Chang Him – a fellow realist painter. “But one is comforted by the thought that Allen will live on through his works which adorn homes, offices in Seychelles and abroad.”

The other love of Ernesta’s life was martial arts, something he started to practice in the early 1980s. According to Ally, who also practices martial arts, Ernesta was inspired by Hee III Cho, Korean-American taekwondo Grandmaster. ”

“He took up his style, in terms of his hairstyle, even keeping a little mustache, just like Hee II Cho,” added Ally.

Sensei Donald Celestine said that he cannot comprehend Ernesta’s death, as he was “such a talented gifted person, who was always cool and collected. One of the best karatekas I have had the chance to work with since I met him in 1984.”

“Allen was a first dan black belt, and it was an honour and a privilege for me to have graded him,” said Celestine.

Ernesta, a resident of the eastern district of Anse Aux Pins on Mahe - one of the 115 Seychelles' islands in the western Indian Ocean, is survived by his wife Janita, a son Jean Luc, as well as by his siblings.