UNESCO assisting Seychelles to protect its cultural property against trafficking 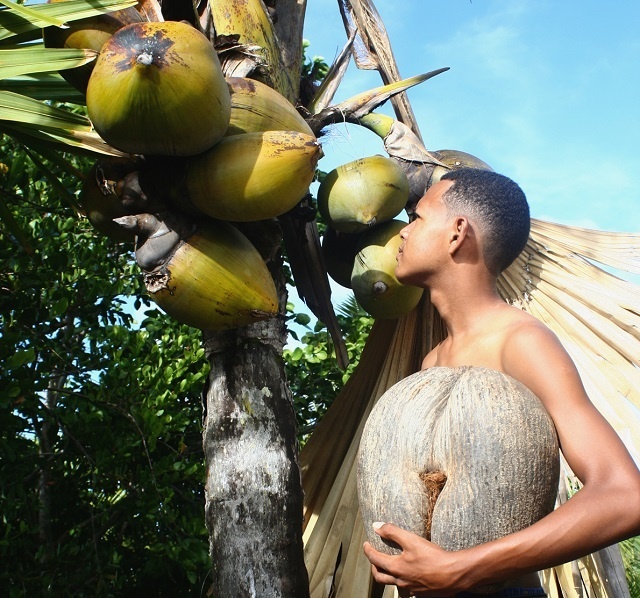 The endemic coco de mer and any objects with historical importance are examples of the islands' cultural property which may be trafficked. (Gerard Larose, Seychelles Tourism Board)

The department of culture in Seychelles has asked UNESCO to help protect its cultural properties against illicit trafficking.

With this move, the island nation has started to work on a policy to use as a working tool to combat illicit transport, export, and import but is also joining the international community to prevent cross-border trafficking.

The endemic coco de mer and any objects with historical importance are examples of the islands' cultural property which may be trafficked.

The process began with a sensitization session to increase awareness and knowledge about the 1970 convention on the means of prohibiting and preventing the illicit import, export, and transport of ownership.

“It is a sincere hope that this workshop will equip a whole wide variety of key stakeholders in Seychelles with knowledge, skills, and networks to fight illicit trafficking of cultural property through prevention, corporation and restitution,” said Julienne Barra, the general director of the Culture Department.

Cultural property includes anything of scientific, historical, artistic, and or religious significance.

According to Tony Mathiot – a local historian and the chair of the Seychelles Heritage Foundation - this will mean that the island nation will now be in a better position to detect such cases of trafficking.

“Say we have a person who arrives here and in their possession is a very old religious figurine. Now our officers can investigate a bit more, say that said person if from Thailand en route to South Africa, then we can do what is right. If for example, the figurine happens to be a hundred years old and stolen from a temple for instance.”

“It is very important for Seychelles to protect its cultural properties, that is why we brought together the police, customs agents and people from the museums so they can work together to eradicate illicit trafficking as well as protect the country’s cultural properties,” said Karalyn Monteil, a representative from UNESCO Regional Office for Eastern Africa, based in Kenya.

“In Seychelles, we have cases where people have tried to smuggle out cultural goods, but stakeholders are unaware of what these artifacts and cultural goods are,” said Beryl Ondiek, director of the national museums.

Ondiek, however, said these training will also, educate partners on what is categorised as a cultural artifact and which one is a souvenir.

Seychelles – 115 islands in the western Indian Ocean - has 45 monuments protected under the law. Mathiot said that these monuments are more or less bulky and cannot be moved but added that sadly over the years many cultural properties of the island nation have left the country, these have included musical instruments, artifact as well as furniture.