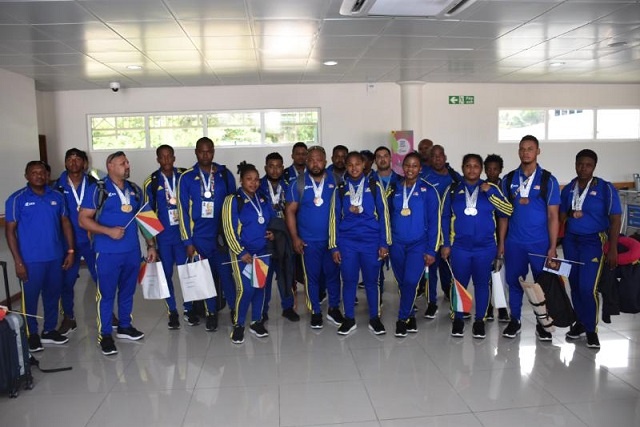 This was a better result than the previous Games in Reunion in 2015 where Seychelles won 97 medals, including 25 gold.

SNA looks at the top gold medal winners for Seychelles at the Games in Mauritius.

Agricole won three gold medals in weightlifting 59 kg category. She lifted a total of 166 kg -- 73kg in snatch and 93 in clean and jerk. She achieved the same feat in 2015 in Reunion.

One of the most experienced Seychellois weightlifters in the Indian Ocean Island Games, Baccus lifted a total of 295 kg – 130kg in snatch and 165 kg in clean and jerk. He was competing in the 102 kg category in Mauritius and won three gold medals repeating his achievement of 2015 in Reunion.

In athletics, Chetty won gold medals in the long jump with 6.04 metres and high jump with 1.70 metres.