8 Seychellois writers whose works are worth reading 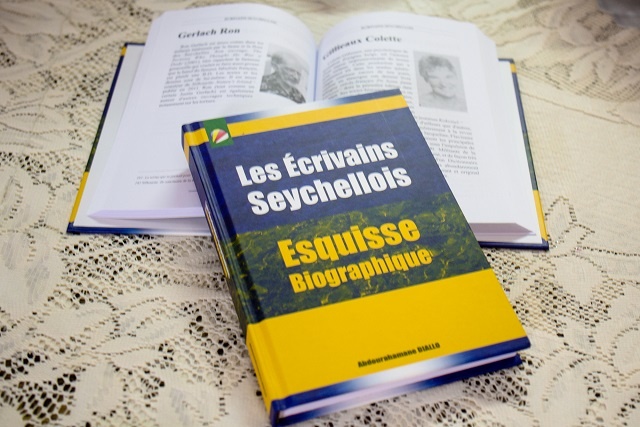 A book launched in Seychelles recently gave recognition to the rich contributions made by Seychellois writers to Creole literature in the form of poetry, storytelling, novels, and drama.

"Seychellois Writers: A Biographical Sketch," by Guinean-born Diallo Addourahamane, is also giving value to the Creole language as well as the rich cultural heritage of the archipelago in the western Indian Ocean.

This week SNA highlights eight Seychellois writers amongst the 150 writers featured in the book.

A former teacher who is also trained in linguistics, Barbe is the author of six books and 20 poems. She was most active from 2000 to 2007. The author has worked closely with the Creole Institute where she was involved in two translations.

Barbe is an active participant of the literary contest in memory of the late Antoine Abel – one of the island nation’s best writers – and in 2013 won first prize for her collection of short stories.

The late Leon Bonnelame started his career as a police officer. He later quit the force to join the Department of Immigration.

Bonnelame is remembered for his collection of mystery stories which came out in 1999. The whole series was featured in the daily newspaper Seychelles Nation and earned Bonnelame instant popularity. The talented writer, who lost his sight and spent his last days wheelchair-bound as an amputee, passed away in 2016.

Born to a Sri Lankan father and a Seychellois mother in Kenya, De Silva spent the first 19 years of her life in the country of her birth, before leaving for tertiary studies in the United States and the United Kingdom.

Upon her arrival in Seychelles De Silva trained as a teacher and then worked as a journalist with both the broadcast and print media. Her literary works include the novel “Black Night of Quiloa” published in 1971 and a collection of 80 poems. De Silva passed away in 1996.

Henriette, a resident of the western district of Port Glaud, has had a whole career in the education sector. Born in 1960, Henriette has authored books in all three national languages: English, French, and Creole.

He has undertaken many literary research on proverbs, imaginary expressions and traditional beliefs. Henriette who still writes, is an active member of the committee of Seychellois writers, and over the years has won much recognition for his works.

Jumaye, who is described as a nature lover with a passion for gardening, published her first work in 1994. Apart from novels, Jumaye has produced poems and has worked on several translations.

Her works mostly depict everyday life on the islands. Jumaye’s wish is to see more resources made available for Seychellois writers and hopes that one day their literary works are given visibility through the tourism sector.

This Kenya born Seychellois is a former employee of the Creative Art Centre of Nairobi and upon his arrival in session worked at the Culture Department. The retiree is the author of both novels and poems, with his first work – a romance - published in 1985.

Pierre-Louis who is all about the development of literature in Seychelles is currently working on a new collection of poems.

The late June Vel is remembered for her novel portraying the tragic story of a young girl “Eva” which was published in 1989. As an adult, she emigrated to Canada and continued to produce poems and novels, some published over there.

A medical doctor by profession, Renaud was born in 1971. At a young age, he discovered his passion for writing and when he joined the National Youth Service (NYS) - a boarding type school for teenagers, now closed - he became the editor of the institute’s magazine.

Between 1987 and 1991, Renaud produced a collection of poems and four novels. Though no longer active – possibly due to the nature of his work in the medical field – Renaud has definitely left his mark on the island nation’s literature.