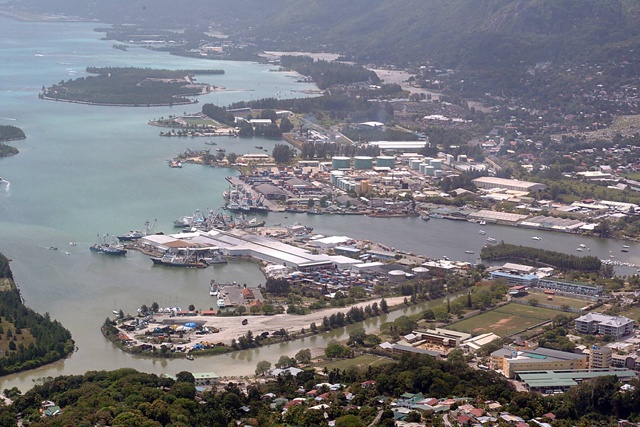 (Seychelles News Agency) - Global rating agency, Fitch Ratings has upgraded Seychelles' long -term foreign currency Issuer Default Ratings (IDR) from B to B+ while for local currency, this goes up from B+ to BB, reflecting a stable outlook.

In its statement the archipelago’s Finance, Trade and Investment Ministry said Seychelles’ fiscal position had improved markedly under IMF's extended Fund Facility (EEF) programme, which was completed in December 2013.

Commenting on the latest Fitch Ratings issued in London late yesterday, the Seychelles Finance, Trade and Investment Minister Pierre Laporte, noted that they are based on a number of factors, including development growth, budgetary discipline and foreign exchange reserves.

"It also shows that the agency is happy about the government's reaction to adjust exchange rates, whenever the need is felt," said Laporte in a press conference this morning, referring to measures announced Monday to mop up liquidity to ease pressure on demand for foreign currency.

Laporte noted that at the launch of the island nations’ economic reform programme in October 2008, the Fitch ratings for Seychelles stood at "default". It then progressed to C and then B.

Until 2012, the ratings were issued annually, but now they come every six months.

The Ministry’s statement noted that budget surpluses have averaged 2.5 percent of Gross Domestic Product (GDP) since 2009 and the primary surplus, a key target under the EFF programme, at 7.7 percent of GDP.

It also states that fiscal adjustment was the result of structural reforms, which included reducing public sector employment, increasing efficiency of tax administration, tightening control on expenditure and reform in public companies.

Laporte explained that with the launch of the reform programme, the government was paying interest on all loans.

Since this year, it is repaying both the principal and interest on all debt categories.

He also noted that with foreign currency reserves now standing at $ 475 million, the equivalent of four months’ worth of imports, the Central Bank of Seychelles (CBS) can afford to intervene, if necessary on the money market.

In June this year the IMF agreed on a three-year $17.6 million arrangement under another EFF for Seychelles.

“Given the Seychelles' strong performance under the previous EFF, Fitch believes the new programme will serve as an important fiscal policy anchor,” reads the statement.