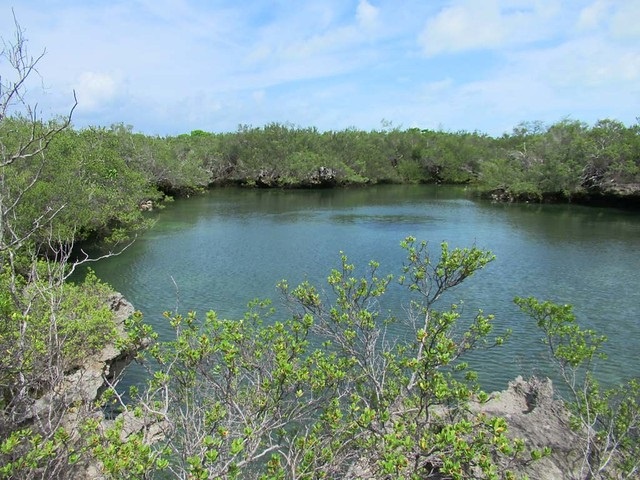 The atoll is 34 km long and 13 km wide with a large and shallow lagoon covering an area of 196 square kilometres larger than the island of Mahe. (David Stanley, Flickr) Photo License: CC-BY 2.0

The cancellation comes after the plot of land that was designated for Aldabra House sits within an area undergoing extremely dense infrastructure development.

Aldabra House was to be located on a 4,500-metre-square plot of land facing Pangia Beach luxury apartments at Providence, a reclaimed stretch of land on the eastern coast of Mahe, the main island.

A press release from the foundation states that “the level of building which has been proposed in the area surrounding the site is not compatible with the design concept of Aldabra House, especially the planned outdoor exhibition.

“Just next to Aldabra House, there are plans for the widening of the road leading to Providence. This means that the road will be built on part of our plot of land. As we know Aldabra is far away and that is also part of the exhibition - to make people understand how far Aldabra is. With a road of this format next to us, it is not possible for us to translate the distance to visitors," said the chief executive of the foundation, Frauke Fleischer-Dogley.

She added that the foundation “deeply regrets the cancellation of this project for which we have spent considerable time and effort planning over many years. Aldabra is a national treasure of Seychelles and of enormous importance for the whole world.”

Aldabra - one of the world’s largest atolls - is a UNESCO World Heritage Site in Seychelles, a group of 115 islands in the western Indian Ocean. It is home to a population of endemic giant Aldabra tortoises which fluctuates to around100,000 more than the 95,000 population of Seychelles. The atoll is 34 km long and 13 km wide with a large and shallow lagoon covering an area of 196 square kilometres larger than the island of Mahe.

The project would have allowed visitors to experience the natural wonders of Aldabra Atoll in an interactive and immersive way. This would have been made possible through multimedia exhibition using cutting-edge technology to inspire and educate its visitors.

As a remote and fragile atoll over 1,000 km southwest of the main island of Mahe, there are significant logistical challenges for visitors getting to Aldabra.

The Seychelles Islands Foundation has been working on the project for seven years and about $1 million has already been invested in the promotion of the project. With a lack of land, Fleischer-Dogley says that for the time being the foundation does not see the project becoming a reality.

“I am passionate about finding ways to share Aldabra with Seychellois and ensure that future generations are inspired to protect this unique and wonderful place,” said Fleischer-Dogley.