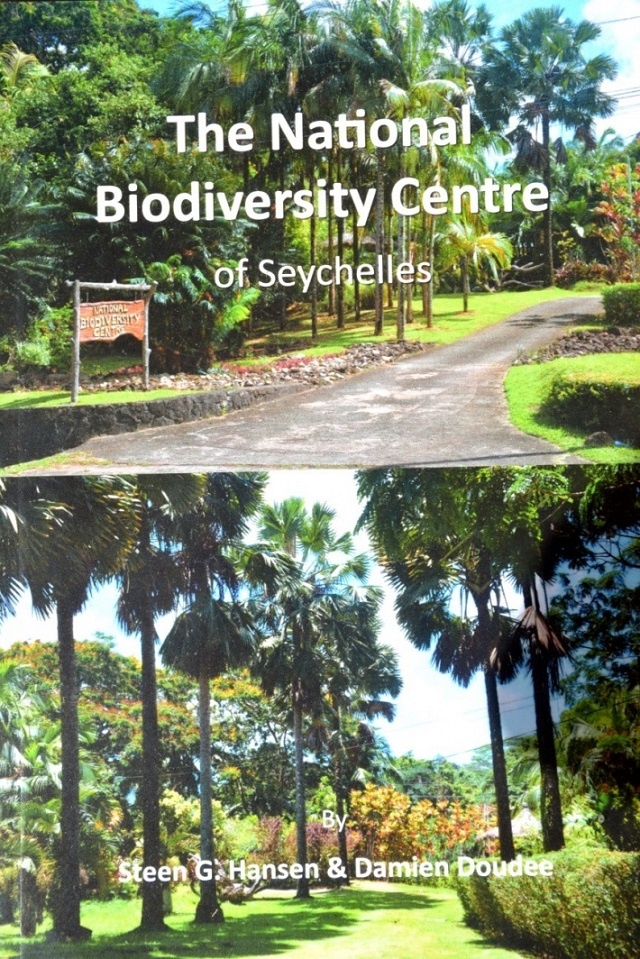 The book, illustrated with beautiful photos, focuses on the 115 plants found at the centre, amongst which are 29 endemic and 16 indigenous to Seychelles. (Seychelles Nation)

A new collaboration between Steen Hansen and Damien Doudee highlights the crucial role and richness of the island nation’s only biodiversity centre.

The book, illustrated with beautiful photos, focuses on the 115 plants found at the centre, amongst which are 29 endemic and 16 indigenous to Seychelles.

The centre located in the western district of Grand Anse Mahe is described as a unique forest to preserve the endangered species of the fragile ecosystems of the archipelago in the western Indian Ocean.

The 17-hectare centre managed by the National Botanical Gardens Foundation acts as an ex-situ conservation area of the rare and endemic species of plants that are only found within the archipelago.

This is the fifth book authored by Hansen, who is Danish and has been living in the island nation since 2005. Hansen said that through the book, one can visit the centre without having to physically be there.

The book will help people enjoy the centre to its fullest, especially for first-time visitors, Hansen said.

Seychellois Damien Doudee has worked in the environmental field for 23 years and this is his first publication. Doudee was involved in the conceptualization of the centre where he worked for nine years.

“That is why we have a biodiversity centre, to bring the rare plants closer to people so that they can learn to appreciate its value, its uniqueness and help with conservation efforts. Our islands are blessed with unique and rare biodiversity, and that is why conservation is important,” said Doudee.

Doudee said through the book, which took around three years to realize, they want to educate Seychellois and visitors on the species and the importance of the sustainability of such fragile plants and ensure that the future generation enjoys such marvels of nature.

Hansen noted that with “three animals or plant species becoming extinct every hour round the clock, and that natural sanctuaries are disappearing for good at a tremendous rate. Time is, therefore, running short for the global environment.”

The book, yet to be launched locally, is seen as a marketing tool for the centre, which visitors can use as guides when visiting the gardens.

The National Biodiversity Center features an Arboretum, the Aldabra garden, a palm forest, a living collection garden, a Small Islands Developing States garden, as well as a medicinal garden.

The Arboretum, the first of its kind in Seychelles, provides the general public and visiting dignitaries a landmark opportunity to propagate endangered species.

Elvina Henriette – biodiversity consultant – has welcomed the new book and said it gives publicity to the centre “which acts as a stock for genetic resources available for research and educational purposes.”

The other books published by Hensen are ‘The Flora of the Seychelles’, ‘Striking Nature of Curieuse Island’, ‘The Tea Factory - its nature trail and Morne Blanc' and 'The National Botanical Garden of Seychelles' launched in October last year.

New association in Seychelles is promoting the importance of botanical gardens