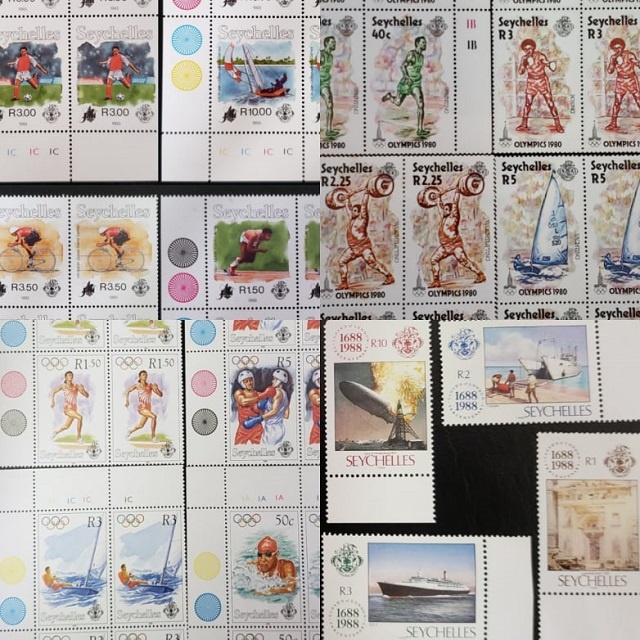 The dust has barely settled on the closing ceremony of the 10th edition of the Indian Ocean Island Games (IOIG) - a multi-sport event held every four years among athletes from Indian Ocean island nations on July, 28.

This Summer Olympics, officially known as the Games of the XXII Olympiad, was an international multi-sport event held in July 1980 in Moscow, Soviet Union - now known as Russia.

Seychelles -- 115 islands in the western Indian Ocean -- attended with a delegation of 11 athletes.

This Summer Olympics was held from 17 September to 2 October in Seoul, South Korea.

These were the last Olympic Games for the Soviet Union and East Germany, as both ceased to exist after. The Soviets dominated the medal table, winning 55 gold and 132 total medals. No country came close to this result after 1988.

The games were boycotted by North Korea and its ally, Cuba. Ethiopia, Albania, and Seychelles did not respond to the invitations sent by the International Olympic Committee.

In 1993, Seychelles is entrusted with the organisation of the Islands Games for the first time in its history.

Major sports infrastructure was needed for the games and led to the development of the Roche Caiman sports complex including a 25-metre swimming pool, a dojo, tennis courts, the Palais des Sports for volleyball and basketball and a new stadium: Stad Linite.

Six countries took part in the games held from August 20-29 on Mahe, the main island of the archipelago. Seychelles came out fourth winning 75 medals: 19 gold, 24 silver, and 32 bronze.

The 1996 Summer Olympics in Atlanta also referred to as the Centennial Olympic Games, was held in August in Atlanta, USA.

These Games, the fourth Summer Olympics to be hosted by the United States, marked the centenary of 1896 Summer Olympics in Athens --the inaugural edition of the modern Olympic Games.

They were also the first since 1924 to be held in a different year from a Winter Olympics, under a new International Olympic Committee practice implemented in 1994 to hold the summer and winter Games in alternating, even-numbered years. Nine Seychellois attended the Atlanta games.