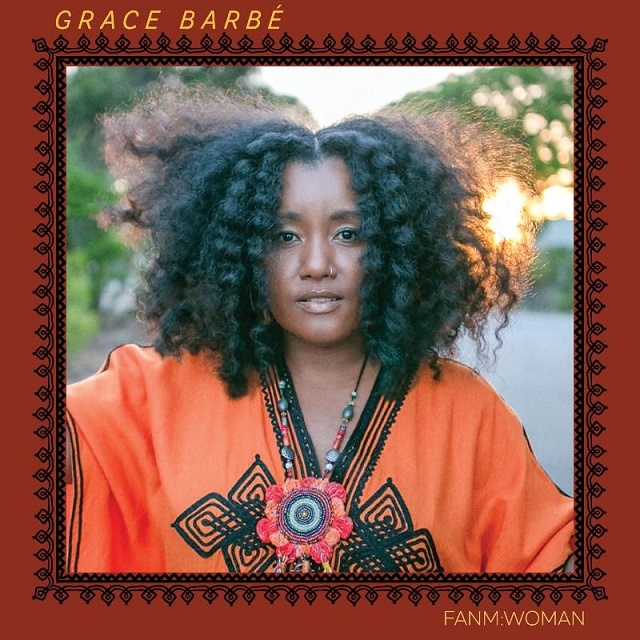 The global launch happened July 5 through Afrotropik Records in Fremantle, Western Australia where Grace Barbe is based. (Grace Barbe)

The global launch happened July 5 through Afrotropik Records in Fremantle, Western Australia where the artist is based.

Barbe told SNA through email that she was relieved and happy to finally release the album which has been six years in the making.

“In 2018 we were planning to release the album but we encountered a few setbacks recording-wise so we decided to wait. These things happen sometimes in the music industry and as an independent artist you want to make sure you are ready,” she told SNA.

She added that: “The album is a beautiful celebration of women worldwide and the contribution women have made and continue to make towards the development of our communities. A recognition of our mothers, our grandmothers, our elders and our daughters,” says Grace.

The singer, who moved to Australia at the age of 16 with her parents, added that the songs Fanm and Woman - the two songs which make the album title – speak to that.

“The Seychelles is a matriarch society so it was fitting for me to dedicate this album at this stage of my career and as a woman, to celebrate the strength of women worldwide,” said Barbe.

The ‘FANM:WOMAN’ album is a continuation of her love affair with the music of her native Indian Ocean region with songs from the Seychelles, Mauritius and Madagascar.

For her third album, Barbe has not restricted her songs to her island nation but rather focussed on the Indian Ocean region as a whole.

The artist, whose music fuses the tropical rhythms and dances of the slaves with psychedelic rock, afrobeat, reggae and pop, has this time around included other sounds of the Indian Ocean.

Barbe says she wanted to pay homage to Kaya who also campaigned for the rights of the Mauritian Creole people.

“It was important to me to include the Indian Ocean island region as I feel we share similar culture and history, and each island has something beautiful to offer musically such as sega, tsinge moutya, maloya and saleg rhythms which I absolutely love”, says Barbe.

The singer says an Indian Ocean tour is in the pipeline to promote her album. For now, fans can order and download her music online at www.music.gracebarbe.com