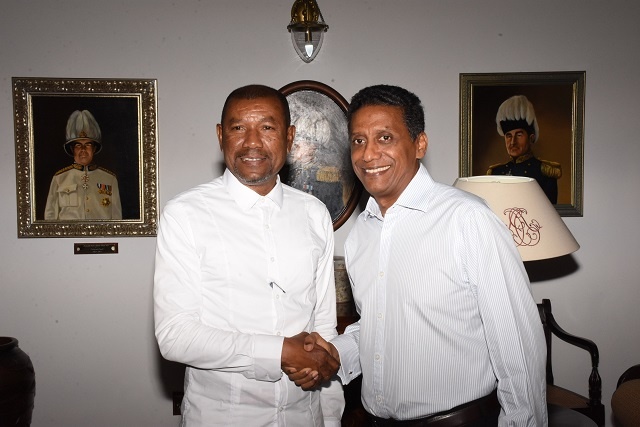 According to State House, Victor, 67, received his instrument of appointment on Thursday. His appointment takes effect immediately.

The President congratulated Victor for the enormous contribution he has made to Seychellois music and culture and wished him the very best in his new role. He also discussed ongoing cultural projects that Victor has been spearheading, particularly in sensitising and educating school children on Seychelles' history and culture with a focus on traditional music.

Victor told reporters that he felt honoured that his contribution and work for so many years in the domain of culture was being recognised.

Victor spoke of the role he could play in giving back to society, further imparting his knowledge to Seychellois children and young people, whilst also preserving and promoting Seychelles’ cultural heritage both locally and internationally.

State House said that “the appointment is not the same as the appointment of Ambassadors to represent Seychelles abroad, for which there are different procedures. In his capacity as Honorary Cultural Ambassador, Mr Victor's function will be to promote the Seychellois culture locally, regionally and internationally.”

Last month, the government had proposed the appointment of Patrick Victor as ambassador at large to the National Assembly for approval. A motion to that effect was tabled by the leader of government business Charles De Commarmond in accordance with Article 64(1) of the Constitution.

In his presentation, De Commarmond said, “We have observed that our culture is fading away and we have to re-invigorate it. For this to happen, it is important that we look into all means to do so and therefore the president decided that it would be of significant help to have a dedicated person tasked with creating cultural links on international platforms, whether it be regionally, in Africa or in organisations such as the UNESCO.”

The appointment of Victor was deemed essential as the well-known and respected Seychellois musician, songwriter, singer, playwright and actor is to play a key role in next year’s 250th celebration of the first arrival of the settlers in Seychelles.

The appointment of Victor as ambassador at large was delayed after members of the opposition coalition, Linyon Demokratik Seselwa, voted for the adjournment of the debate.