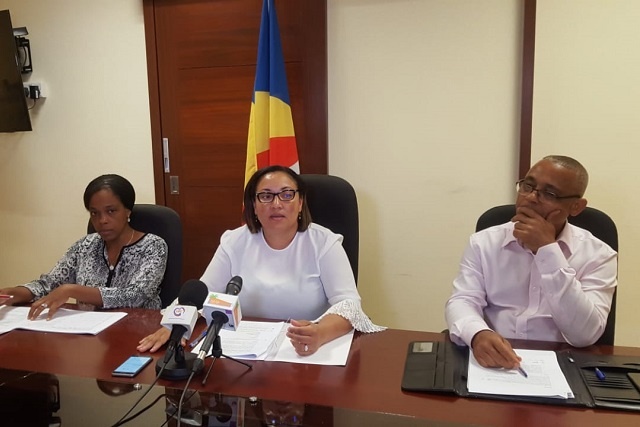 The Minister for Habitat, Lands, Infrastructure and Land Transport Pamela Charlette said Friday that the plots were acquired following negotiations with the party.

“Following President Faure’s announcement in his last live Presidential press conference, we are ready to give an update on what has been achieved so far. Our negotiations have gone well. And we have ten plots which has been transferred back to the government,” Charlette told a news conference.

The plots are amongst 40 owned by the party and bought from the state. The ministry is discussing with the party to buy back other plots.

Charlette added that the agreement made with the party is that the lands were acquired at the same price which they were sold for.

“What we are negotiating now are plots that have infrastructure on them,  including party offices and commercial buildings, and this process will take some time and require a more lengthy negotiation,” said the minister, adding: “What has been acquired back were vacant plots and those which had infrastructure on such as community centres.”

United Seychelles bought properties from the state on Mahe, Praslin and La Digue - the three main islands of Seychelles, an archipelago in the western Indian Ocean.

According to Charlette, the government will now see what the land use of the different properties is.

“We will definitely look at redeveloping these and have projects for the community such as day care centers as well as facilities for the industries,” explained the minister.

The fact that the ruling party owned properties bought from the state was an issue which the opposition with a majority in the parliament raised in the National Assembly.

The Linyon Demokratik Seselwa, LDS, had used every opportunity in the National Assembly, since 2017 to question this issue.

Charlette said that she is confident that by the end of this year, her ministry would have completed negotiations with the party.