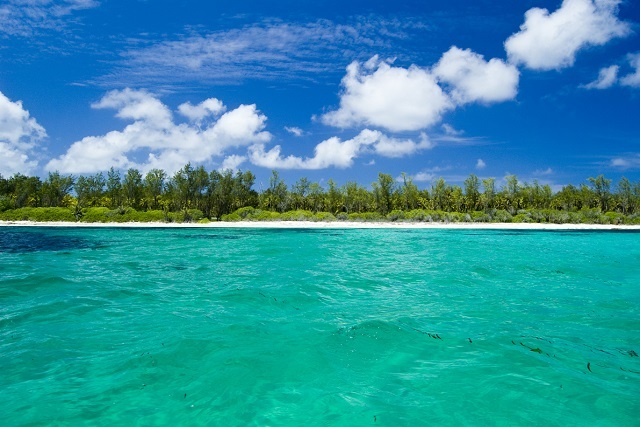 Desroches is among the outer islands that IDC has accommodations for visitors. (Gerard Larose)

IDC manages Silhouette and 13 outer islands of the 115-island archipelago of the western Indian Ocean, including Desroches, Astove, Remire, Alphonse and Platte.

“To encourage more Seychellois to visit the outer islands therefore, the Board of Directors has taken the decision to lower the fares for return flights to the islands which are most distant from Mahe. The fares will now be the same as for Desroches, which is relatively close,” said Michael Payet the company’s public relations and communications manager.

The bedrooms in the IDC guesthouses at the disposal of Seychellois only are air-conditioned, apart from the ones on Silhouette. Meals are offered on a full board basis, consisting of breakfast, lunch and dinner and some islands offer complimentary bicycles and canoes. Depending on the island, between two to 12 persons can be accommodated at a time.

Due to infrequent flights to Remire and Platte, the new schemes will not apply to those two islands. This will be the case until planned projects on the two islands are completed.

Over the past five years, IDC has noticed a slow increase in the number of local visitors to the islands. Silhouette is the most visited by Seychellois. Between March 2018 and March 2019, 714 locals stayed on the island.

“Over the same period, 147 visitors stayed in the guesthouses on the outer islands and spent a total of 123 room nights there,” said Savy.

IDC doesn't think more visitors will affect wildlife unduly or increase pollution significantly if visitors abide by the rules. "We are very conscious of the need to preserve the fragile environment in those special places,” said Savy.

The company’s board is also considering two further schemes.  These will be a scheme for residents of the Homes for the Elderly to visit Silhouette. Another will be directed at primary and secondary school students who have excelled in environmental activities and projects.

The board members and senior management of the company sought the opinion of the government, National Assembly and public during the preparation of IDC’s five-year Development plan for 2018 to 2023.

Improving accessibility to the islands was a point made during the consultation, after which this point was included in the plan as one of IDC’s strategic objectives.