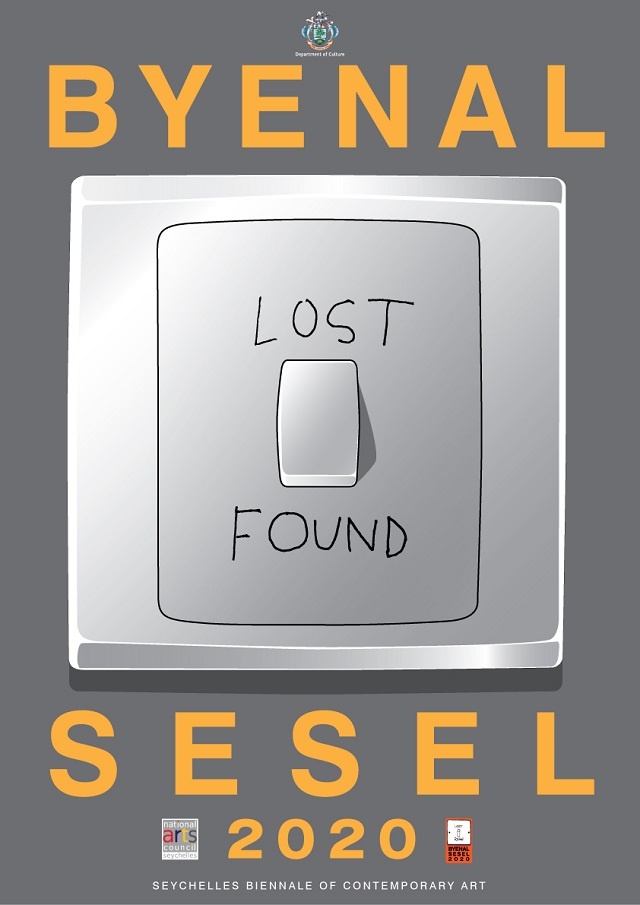 Lost and Found will include works of art which are concerned with the precarious nature of 21st-century existence. (National Arts Council)

For the first time, the 2020 edition of the biennial contemporary art exhibition will see artworks created by both local and international artists exhibited on all three main islands of Seychelles.

The event will be held in April 2020 under the theme ‘Lost and Found’. The curator for the Byenal Sesel, Martin Kennedy, said that some of the biennial exhibits will be put on show in other locations apart from the Eden Arts Space in Eden Plaza where the main exposition will happen.

“The aim of this is to entertain, enlighten, annoy, bemuse and astonish the audience,” said Kennedy, who added that an 'open call' has been made, encouraging local artists to apply to participate in the biennale.

According to the curator, Byenal Sesel will be powerful and provocative in nature. “The Byenal Sesel sets and evaluates the standards of the local artists while also giving them further exposure on the international arts arena.”

Kennedy explained 'Lost and Found' as a starting point for the creation of art: “Human history is crammed with lost and found scenarios, with entire nations and empires dissolving and then redefining themselves within changed political or economic contexts. Evolution has its own credit and debit sheet, as species fall away and others flourish.”

“Lost and Found will include works of art which are concerned with the precarious nature of 21st-century existence. Through the artworks presented we will share stories and experiences, as well as propose ways of dealing with loss alongside strategies for recovery – either within a physical or emotional context,” explained Kennedy.

Kennedy added that “the theme also offers the opportunity for artists to question the increasingly complex and demanding technology-driven world in which we now live and to ask what has been lost as a consequence.”

The chief executive of the National Arts Council, Jimmy Savy, said “at the last biennial we saw the majority of artists creating installations, some constructed around large paintings or videos, with others using found objects and sculptural forms. We encourage artists to interpret our very open theme in any way that they choose and I am certain that we will see a dynamic fusion of Seychelles and international art next year.”

Savy added that “this is an important national cultural event. The Biennale provides us with a clear indication of the visual art landscape both at home and overseas. Although our Biennale will be comparatively modest in size we are determined that the work on display will meet the highest international standards, provoking debate and reflection as well as entertaining and enlightening viewers.”

Biennale prizes will be awarded by a team of international judges chaired by the winner of the last Byenal Sesel, George Camille. The winning artist will not only receive a cash prize but also be appointed as chief judge at the next Byenal Seychelles.

The best artist will also get to attend the Venice Biennale of Art. Other prizes will also be awarded, including one which recognises outstanding talent in a young Seychellois artist.

The last Biennale, held in 2017, presented the work of 20 artists, with just over half being Seychellois or resident in Seychelles, a group of 115 islands in the western Indian Ocean.

A similar mix is envisaged for next year's show, providing the opportunity for fertile collaboration and exchange of ideas between local and international artists.