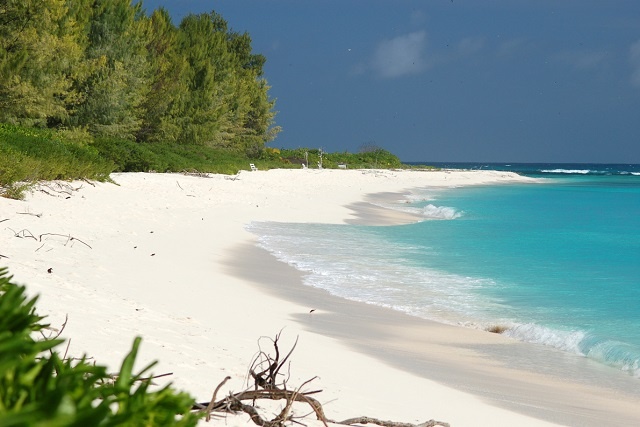 The White Flag certification recognises the beach as having been physically cleaned from plastic and other marine debris. (Gerard Larose, Seychelles Tourism Board)

(Seychelles News Agency) - The Seychelles government has cancelled plans to have 40 more of its beaches recognised with the White Flag certification for being clean and plastic-free.

The announcement was made on Wednesday by the Ministry of Environment, Energy and Climate change after it learned of allegations against the president of the organisation that hands out the designation.

The organisation is the Ocean Alliance Conservation Member; its president is  Kristijan Curavic.

According to international press reports, Guravic faces fraud allegations and other legal issues in Malta and his native country of Croatia.

On Tuesday, Curavic, met with President Danny Faure at State House and later told reporters that “discussions with the president is to certify 40 to 80 beaches in Seychelles. That is the biggest number of beaches committed by any country.”

On Wednesday the ministry said it “has decided to put on hold the White Flag project following certain allegations which surfaced on an independent online news platform.”

“The Ministry has been made aware of the articles and the allegations published and has seen it fit to seek further clarifications from the organisation.”

According to the press release, the Minister for Environment, Energy and Climate Change, Wallace Cosgrow, Minister for Tourism, Didier Dogley and the Minister for Finance, Trade, Investment and Economic Planning, Maurice Lousteau Lalanne met with Curavic on Wednesday afternoon to discuss these allegations.

The ministry noted that at this point, the government through the Ministry has only been in consultation with the organisation, for certification of more beaches.

“There has been no financial implications or commitments and pointed out that discussions on the White Flag Project will only resume after satisfactory clarifications have been received from the organization,” the communique added.

At the time of writing, SNA has been unable to reach Curavic for a comment. Through online research, SNA found several links of different reports regarding the organisation - Ocean Alliance Conservation Member (OACM) and the white flag project. The most recent article was published only three days ago.

Several articles on The Shift - a digital newspaper dedicated to investigative journalism based in Malta– reported the allegations against OACM and Curavic.

The Croatian is allegedly wanted in his country and has fraud and other legal issues in Malta – where the white flags have been put on seven beaches.

The articles also reported that Curavic is also using logos of supposed partners when in reality there is no partnership. One such is the Prince Albert II of Monaco Foundation.

The Shift News also reported that former actress and human rights advocate Bianca Jagger - the founder of the Bianca Jagger Human Rights Foundation and a Council of Europe goodwill ambassador — denied claims that she was a Board member of an affiliated organisation put forward by White Flag International.

In September last year, the island nation’s first White Flag was put on Beau Vallon beach – a popular beach with visitors - in the north of the main island of Mahe, one of 115 islands of the Seychelles archipelago in the western Indian Ocean.

The White Flag indicates that the zone is among the world’s first Certified Safe Marine Areas. The certification recognises the beach as having been physically cleaned from plastic and other marine debris.