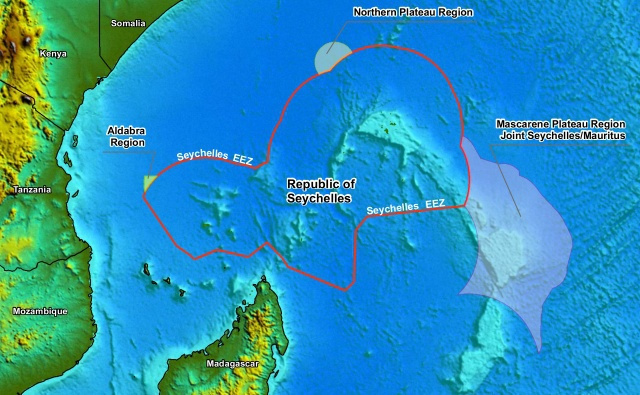 (Seychelles News Agency) - The Cabinet of Ministers has approved the incorporation of the extended continental shelf of the Northern plateau region under the Seychelles’ jurisdiction.

The Seychelles’ territorial waters were extended by over 14,840 square kilometres, a territory about 92 times the size of the main of Mahe, by a UN Body in 2018.

The Northern Plateau is located at the northern extremity of the Mahe plateau.

The special advisor for the Blue Economy, Phillipe Michaud, said in a cabinet press briefing on Thursday that the extension of the continental plateau is different from the Exclusive Economic Zone (EEZ).

“It is outside the EEZ and the government that has the continental plateau does not have as much rights as it would have on the territory within its EEZ. The country, however, has sovereignty over the resources - alive or not - on the plateau and can exploit them,” explained Michaud.

The establishment of three maritime spaces, to which Seychelles is entitled under International Law, were endorsed during the meeting of the cabinet. These three spaces are the territorial sea, the contiguous zone, and the revised Exclusive Economic Zone.

“According to the laws of the UN, a country has different authority depending on the zone. For example, another country cannot fish within our EEZ without our authorisation. It is important to define these zones as they are of importance for immigration and customs among others. Another example is if piracy is carried out within your EEZ, it is considered as another form of illegal activity,” he said.

Michaud added that it was necessary to revise the territorial waters as this information was needed when doing the Maritime Spatial Plan. Now that the exercise has been completed it will be included in the legislation.

The Cabinet of Ministers were also briefed on the actions under the Fisheries Transparency Initiative (FiTi). The secretariat of the international organisation, aimed at ensuring good governance, transparency and accountability within the global fisheries sector, will now be based in Seychelles.

“There is a local group called the FiTi National Stakeholder Group and at the moment there are only seven members. We think that for FiTi National Stakeholder Group to be more effective, it is best that we have a larger number of participants because the fisheries sector varies quite a bit. The decision has been taken to increase the number of members from seven to twelve,” said Michaud.

He added that it is important that the public gets access to information, not only reports published by the organisation but also information about laws governing fisheries, fishing agreements and other relating information.