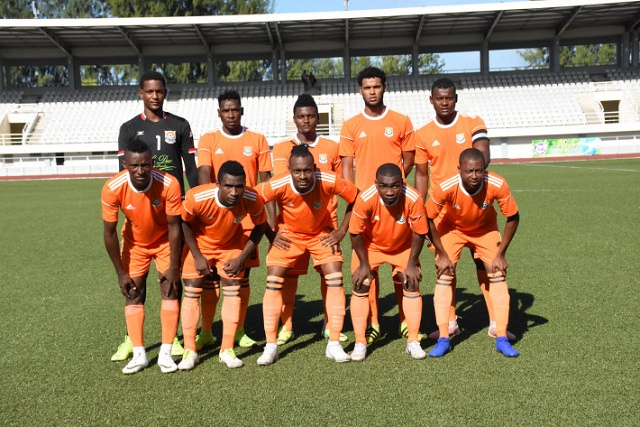 Cote d’Or has advanced to the next round of the Total Champions League competition of the Confederation of African Football for the first time.

(Seychelles News Agency) - The Seychellois football club Cote d’Or has advanced to the next round of the Total Champions League competition of the Confederation of African Football for the first time after a 1-1 draw against Fomboni FC from Comoros.

The Comorian side was the first to score in the match at Stad Linite on Friday through Mouhtare Nourdine in the 85th minute.

Cote D’Or levelled the score in the last minutes of the match to the delight of the home crowd sending the Comorian side out of the competition. The equaliser came from Ugandan Tony Kizito in the 89th minute ending the match 1-1.

In the next round, the team from Seychelles, a group of 115 islands in the western Indian Ocean, will face either 2016 champions Mamelodi Sundowns of South Africa or AS Otoho of Congo.

Coach James Barra told reporters that his players made a cautious start “as we knew our opponent would come at us but then we took control and had numerous opportunities to score which we wasted and then we conceded late in the match. We fought back to help the team qualify for the next round and we are really happy with our achievement.”

In 2017 in the same competition, Cote d’Or failed to progress to the next round after losing away and home matches to St George of Ethiopia.

The other football club from Seychelles, St Louis, failed to make it to the next round after losing for the second time 1-0 to TS Galaxy from South Africa on Sunday. St Louis exited the CAF Confederation cup competition on an aggregate score of 2-0.