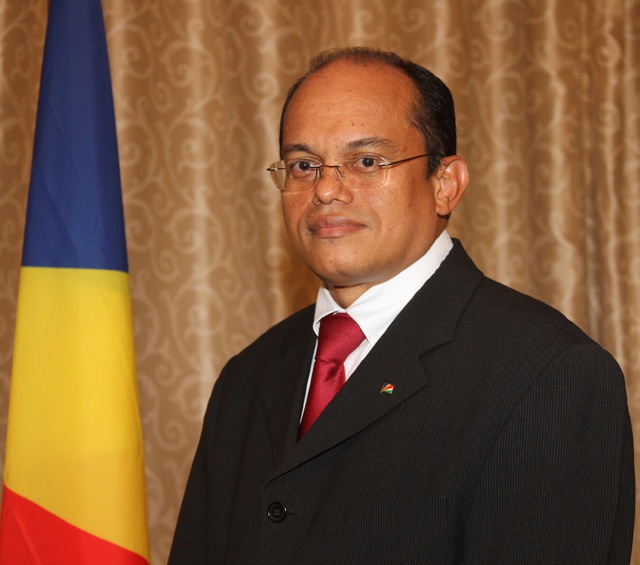 Announcing the appointment in a press statement this afternoon, State House said Payet will contribute to the implementation of the mandates and missions of those three conventions including the formulation of their overall strategies and policies.

“He will also act in an advisory capacity to the UNEP Executive Director and the Presidents and the Bureaus of the conventions as well as their subsidiary bodies,” reads the statement.

The environment minister’s role will also include coordinating the preparation of the meetings and implement the substantive work programme of the conventions, including providing assistance to parties, in particular developing country parties and those with economies in transition.

He will also lead the development of strategies and policies and undertake fund raising and donor reporting, the strategic interagency work of the Secretariat in close coordination with UNEP and other Multilateral Environmental Agreements.

Responding to SNA in an email following this afternoon's announcement, Payet said he is deeply honoured of such confidence in him to lead the conventions.

"I am equally happy that I have been chosen, coming from a Small Island Developing States, during this year dedicated to SIDS. My appointment represents the hard work of President James Michel and the government of Seychelles to continuously push so that Seychelles remains a leader in environment on the international scene.  I will miss my work and even though I will be away from Seychelles I will continue to work for the benefit of my country," he said.

Payet will take up his new post in October this year and he will be based in Geneva.

He will replace Kerstin Stendahl from Finland, who has been serving as interim since April this year following the retirement of US national Jim Willis as the Executive Director of the Basel, Rotterdam and Stockholm Conventions.

The Basel, Rotterdam and Stockholm Conventions.

The first convention is aimed at protecting human health and the environment from the effects of hazardous wastes.

This convention was adopted in 1989 and it entered into force in 1992.

The Rotterdam Convention, which entered into force ten years ago, also deals with the disposal of waste especially pesticides and industrial chemicals.

The third one, the Stockholm Convention which also came into force 10 years ago is a global treaty to protect human health and the environment from chemicals that remain intact in the environment for long periods. The latter or POPs is said to have serious consequences on humans and wildlife.

Seychelles President James Michel has hailed Payet’s appointment which he describes as “a memorable achievement.”

In a congratulatory message sent to the minister, Michel has wished him success in his new role and expressed his full cooperation and support in his tasks and challenges that lie ahead.

"Your appointment to this high office is a well-deserved recognition of your scientific and academic capabilities and crowns a professional life devoted to the environment and to the cause of Small Island Developing States. It also brings immense pride and satisfaction to Seychelles," said Michel in the statement.

Michel said he would announce a new minister for environment and energy at a later date.

Payet and the environment cause

The 46 year old leaves vacant the portfolio of Environment and Energy which he assumed in March 2012.

Before that he was Special Advisor to the president on numerous environmental matters including sustainable development, biodiversity, climate change, energy and international environment policy

Payet who holds a Phd in Environmental Science from Linnaeus University of which is now an Associate Professor, is described as a leader in the protection of the environment on the international scene.

He has been at the forefront of several international discussions on issues affecting small islands developing states such as climate change, sustainable development, biodiversity and other environmental issues.

In recent years, he has been invited to participate or as a guest speaker on numerous international conference committees and panels including the United Nations General Assembly.

He has also contributed widely towards several publications on environmental issues.

Payet’s work in advancing environment, islands, ocean, biodiversity and climate issues at the global level has earned him numerous international awards and recognition.

In January 2007, he was recognised as a Young Global Leader by the World Economic Forum and in November that same year he shared in the IPCC Nobel Peace Prize as one of the authors of the Intergovernmental Panel on Climate Change (IPCC).

Locally, Payet has also helped to set up Seychelles first university, the University of Seychelles which was set up in September 2009.

He is currently the pro chancellor of the university.

UN bracing for more displacements after Russian strikes in Ukraine