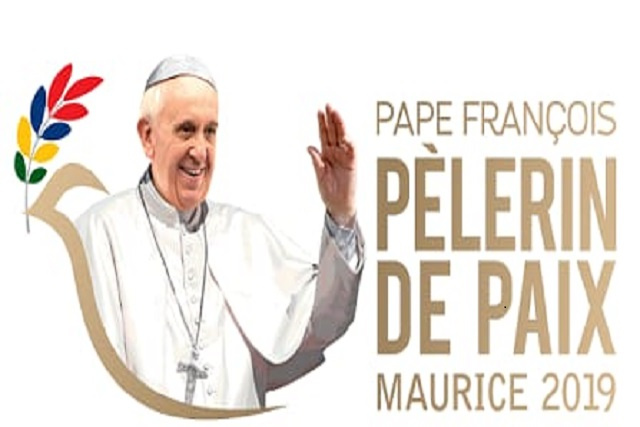 Pope Francis will arrive in Mauritius from Madagascar on Monday, Sept. 9 for a one-day visit. (Seychelles Roman Catholic Diocese)

Spiritual preparation has started in Seychelles for Pope Francis’ first visit to the Indian Ocean region from September 4-10, as a special mass is celebrated on Sunday at the Cathedral of the Immaculate Conception in the capital city of Victoria.

A delegation of around 60 people, headed by the Bishop of Seychelles’ Roman Catholic Diocese, Denis Wiehe, is expected to travel to the neighbouring island of Mauritius for the pope's visit.

Pope Francis will arrive in Mauritius from Madagascar on Monday, Sept. 9 for a one-day visit. The Vatican announced in March that the Pope is to visit flood-ravaged Mozambique and the  Indian Ocean nations Madagascar and Mauritius.

Pope Francis, an Argentinian, is the 266th and current Pope and sovereign of the Vatican City State. Francis is the first Jesuit pope and the first pontiff from the Americas. Pope Francis, whose papacy began in March 2013, replaced Benedict XVI, who served from 2005 until his resignation in 2013.

Upon his arrival in Mauritius, Pope Francis will be driven from the airport at Plaisance, accompanied by a motorcade to the capital city, where he will be expected to celebrate mass. Mass will be at the chapel and shrine of Marie Reine de la Paix - a popular spot for prayers.  Pope John Paul II officiated his first Mass there during his visit to the island in 1986.

Celebration of mass will be assisted by three cardinals, eight bishops, 103 priests and five deacons in addition to around 1,200 volunteers who have also been mobilized.

The Seychellois attending the event will include priests, nuns as well by devotees, amongst whom is Marievonne Gabriel, who told SNA that she is overwhelmed and excited.

“For me, it’s a lot of emotions as I was fortunate to meet Pope John Paul when he came here and now an going to meet a second pope. I am truly blessed,” Gabriel said, adding that the delegation is also excited to meet other Catholics from the region.

Father Eric Leon will lead the Conference of Bishops of the Indian Ocean (CEDOI) delegation at the event. Leon told SNA on Thursday that he is very happy to be part of this historic visit.

“You know through our participation we are getting the confirmation that the church is bigger than us. For me, it’s a privilege to go to Mauritius and be part of this celebration,” said Leon, who as a teenager also got to attend mass by Pope John Paul when he visited the island nation 33 years ago.

Seychelles, a group of 115 islands in the western Indian Ocean, has a population of 95,000 and according to the National Bureau of Statistics, 76 percent is Roman Catholic.

When he visited the islands in 1986, Pope John Paul II was on a two-week 30,000-mile tour – one of the longest trips of his papacy. He was one of the most travelled world leaders in history, visiting 129 countries during his pontificate.