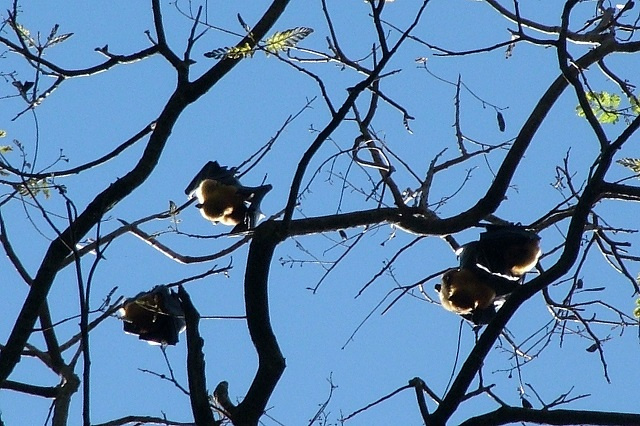 The Ministry of Environment in Seychelles is initiating a study to establish the population and behaviour of fruit bats on the island nation. (Seychelles News Agency)

The Ministry of Environment in Seychelles is mobilising resources to implement a comprehensive study to establish the population and behaviour of fruit bats on the island nation.

An official from the ministry said this will provide updated information about the species which are endemic to the islands and protected under the law.

“It has been a while since a study on fruit bats was done so it is high time we get updated information. We need to establish its population – an estimate – its distribution as well as feeding and breeding patterns,” explained Ashley Dias, director for biodiversity conservation.

Dias added that the research will cover the main and inner islands of Seychelles – an archipelago of 115 islands in the western Indian Ocean.

"Through the census, we also hope to get fresh information that will allow us to decide and review the status of the species on the IUCN list," added Dias.

There are seven species of bats found in Seychelles, amongst which five are endemic to the island nation. These include the sheath-tailed bat, fruit bat, as well as three other species, which are found only on Aldabra - a world heritage site.

They are the Flying Fox, the Free-tailed and the Leaf-nosed. The sheath-tailed bat is listed as critically endangered by the International Union for Conservation of Nature (IUCN).

In 2004, a report by Justin Gerlach of the Nature Protection Trust of Seychelles estimated that there were approximately 8,500 fruit bats.

“If there is an increase or decrease in their population we must come up with better decisions and plan of actions to better manage these species,” explained Dias, who added that this is crucial to prevent the fruit bats from becoming endangered.

Last year there were several power outages on the main island of Mahe, which were linked to fruit bats. Local environmentalist Lindsay Chong Seng said that “generally more bats can be seen and are more active during the day, which may suggest a growth in their population.”

But Pat Matyot is one environmentalist who thinks populations of the endemic Seychelles fruit bat should not be taken for granted.

“There are parts of the world where related bats have become extinct. A species that was called the “rougette” in Mauritius and Réunion (Pteropus subniger) disappeared from those two islands. Réunion has lost a second species as well, the black-spined flying fox (Pteropus niger), which has fortunately survived in Mauritius,” explained Matyot.

According to Matyot in the Pacific, the island of Guam has lost another endemic species (Pteropus tokudae) because of over-hunting.

“Bats can also fall victim to diseases. Epidemics, probably introduced via humans or domestic animals, are known to have devastated fruit bat populations in the Caroline Islands, in Fiji, in the Admiralty Islands and in the Solomon Islands in the Pacific. And we must remember that our “sousouri” play an important role in dispersing the seeds of endemic plants like the “kapisen” (Northea) and “vakwa prasol,” concluded Matyot.

The study to be conducted by the Ministry of Environment, Energy and Climate Change will also establish whether fruit bats are still be seen as a delicacy in the Seychellois culinary and how much is consumed.

Once resources are mobilsed the ministry will decide whether the research will be conducted internally by conservation officers or will be contracted out as a consultancy.

Species » Be a reporter: Write and send your article » Subscribe for news alert
Tags: IUCN, fruit bats, International Union for Conservation of Nature