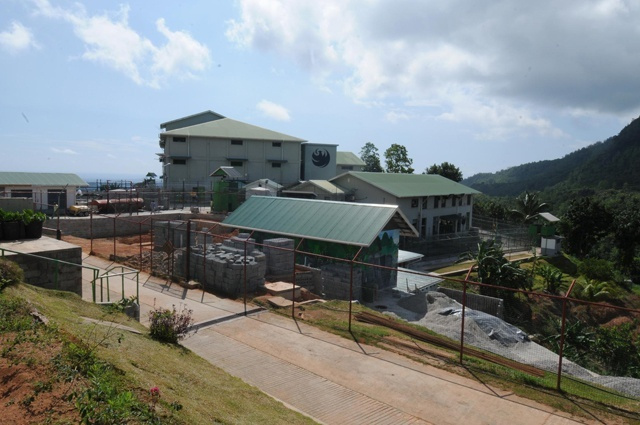 File photo: The Montagne Posee facility is an uphill location towards the western part of the main island of Mahe. (Patrick Joubert)

(Seychelles News Agency) - A mobile telephone detection system will be deployed soon at the Seychelles’ main prison facility at Montagne Posee as part of continuous efforts to improve security, the prison department said on Tuesday.

The department said that the latest technology which is not hazardous to humans or animals, once installed will be able to detect any mobile telephone regardless if it is powered on or not. It will also be used to detect other metal contraband items.

“The arrival and installation of this security item should come as a warning to anyone who thinks they can take a chance to smuggle in contraband such as mobile telephones and not be detected. I can assure members of the public that anyone caught trying to bring in unauthorised mobile phones will face the full extent of the law,” said Raymond St Ange, the Superintendent of Prisons.

The Montagne Posee facility is an uphill location towards the western part of the main island of Mahe. It houses the main prison of Seychelles, an archipelago in the western Indian Ocean.

The Prison Services started more intensive efforts to beef up security last year after an inmate died after being stabbed by a fellow inmate. It was the second death at the prison after an inmate succumbed to his injuries in 2016 after he fell off the roof of the facility.

Another measure taken last year was the recruitment of 20 Tanzanian prison officers. St Ange told reporters that the Tanzanians, who are well trained and highly disciplined, will also share their expertise with the other prison officers in Seychelles.

Increasing manpower has been one of the main priorities of the reform set forward by the Prison High-Level Committee.

Another priority of the Prison Department is getting officers trained in how to manage and collect intelligence within a prison setting.

The Department submitted its training plan to the United Nations Office on Drugs and Crime (UNODC) earlier this year. Training started last month in gathering intelligence in a prison setting.

Chief inspector Sam Dodin said that the intelligence training “will certainly complement and support other training and operational approaches that we are undertaking, all with the aim of improving security in general.”

Other training planned for the year will cover weapons safety and safe use as well as First Aid among others.