5 facts to test your Pope knowledge as Francis visits region 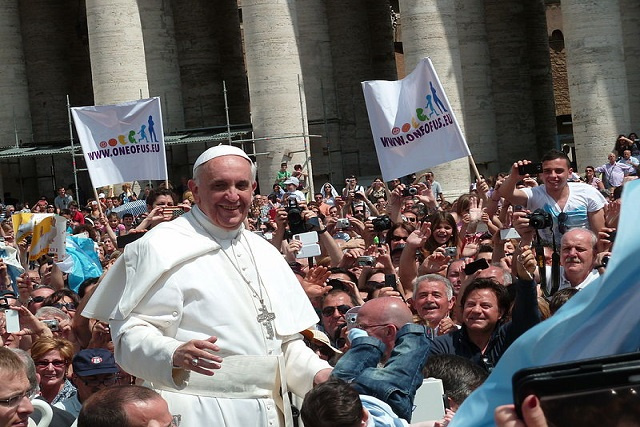 In March the Vatican announced that Pope Francis would visit flood-ravaged Mozambique and the island nations Madagascar and Mauritius. Pope Francis’ visit to the region started on September 4 and will end on September 10.

A delegation from Seychelles – a group of 115 islands from the western Indian Ocean – will be attending the main event in neighboring Mauritius – a mass that the Pope will celebrate on Monday 9 September.

As Catholics in the Indian Ocean prepare for the arrival of Pope Francis in the region, SNA brings you five interesting facts about the pontiff and his tour.

He is the 266th sovereign Pope of the Vatican City State. Francis is the first Jesuit pope. His papacy began in March 2013, replacing Benedict XVI, who served from 2005 until his resignation in 2013.

He chose Francis as his papal name in honour of Saint Francis of Assisi.  Asisi was an Italian Catholic friar, deacon and preacher. He founded the men's Order of Friars Minor and the women's Order of Saint Clare.

Pope Francis is the first pontiff from the Americas, the first from the Southern Hemisphere, and the first pope from outside Europe since the Syrian Gregory III, who reigned in the 8th century.

Born Jorge Mario Bergoglio on December 17, 1936, in Buenos Aires, Argentina, Bergoglio was ordained a Catholic priest in 1969. From 1973 to 1979 he was Argentina's provincial superior of the Society of Jesus (Jesuits). He became the Archbishop of Buenos Aires in 1998 and became a cardinal in 2001 by Pope John Paul II.

The first to visit the Arabian Peninsula

In February this year, the Pope made history by being the first Pontiff to visit the Arab countries. Pope Francis started his visit in Abu Dhabi where he was welcomed by the Crown Prince Sheikh Mohammed bin Zayed al-Nahyan.

Francis took part in an interfaith conference and celebrated mass where more than 100,000 people attended. Around one million Roman Catholics reside in the United Arab Emirates, the majority from foreign countries such as the Philippines and India.

Pope Francis is the second Pope after John Paul II to visit the Indian Ocean islands. In 1986 and in 1989, John Paul II visited the islands of Seychelles and Mauritius. For both events, the Pontiff met with the head of states as well as celebrated mass where thousands attended. In Mauritius, the Pope also celebrated mass on Rodrigues – an outer island of Mauritius.

On his visit, Pope Francis will celebrate mass on the island at the chapel and shrine of Marie Reine de la Paix - a popular spot for prayers and where Pope John Paul II officiated mass in 1986.

Seychelles will be represented by a delegation of around 60 people, headed by the Bishop of Seychelles’ Roman Catholic Diocese, Denis Wiehe. The group will participate in the main event – mass – to be celebrated in Port Louis at the Marie Reine de la Paix chapel.

Celebration of mass will be assisted by three cardinals, eight bishops, 103 priests and five deacons in addition to around 1,200 volunteers who have also been mobilized. 100,000 Catholics are expected to attend this event.