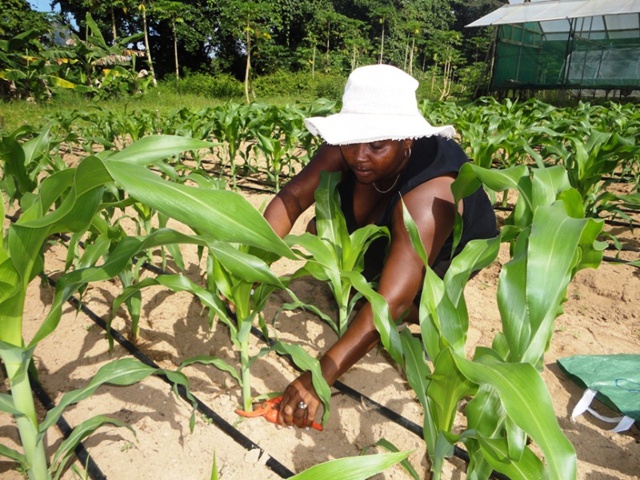 (Seychelles News Agency) - Seychelles, being an island nation, benefits greatly from its 1.3 square kilometres of exclusive economic zone (EEZ). The fishery sector is one of the main pillar of the economy, after tourism, although this is based primarily on industrial tuna fishing activity and canned tuna exports.

Port Victoria, the main port of the capital of the Seychelles islands, is considered as one of the business tuna fishing ports in the world, where an average of 200,000 metric tonnes of fish are landed and transhipped every year. Fisheries accounts for an income of $370 million yearly into the Seychelles economy, according to statistics from the Seychelles Fishing Authority.

With regards to canned tuna, Seychelles’ only tuna canning factory, Indian Ocean Tuna, Ltd, which is one of the largest tuna canneries in the world, employs 2300 people, produces 1.5 million cans of tuna per day.

Although fish is one of the main source of nutrition for the Seychelles population of around 90, 000 people, agricultural products such as root and tubers, vegetables, pulses, fruits, and livestock products are equally consumed daily.

In recent years however, the contribution of the eastern African country’s agricultural sector towards the economy has reduced due to several factors such as limited capacity in terms of land size, topography, natural and human resources.

Statistics available on the National Bureau of Statistics website shows that between 2010 to 2012 the agricultural sector has contributed to a mere 1.2 to 1.3 percent of the island nations’ Gross Domestic Product (GDP) and employs around 1.1 percent of its labour force.

As is the case for many African countries, food sovereignty and security remains a high priority for the small developing island nation of around 90, 000 people, although currently food imports surpasses local production.

This is clearly highlighted in the Seychelles National Food and nutrition security policy of 2013, based on statistics for 2011 which shows that seventy two percent of the food consumed by the Seychelles population is imported; with the food import bill totalling $87.79 million in 2011.

Faced with a growing population, a highly demanding but thriving tourism industry and at the mercy of local and international food and price changes, the small island nation was compelled to join members of the African Union and of the New Partnership for Africa’s Development, NEPAD, to sign the Maputo declaration in 2003.

The declaration was aimed mainly at eliminating hunger and reducing poverty through the drafting and implementation of a comprehensive investment programme for agriculture.

The programme targeted three specific areas, namely, the development of institutional and human capacity, the enhancement of agricultural productivity and production, and the increase in investment in this sector.

Through this declaration, the members pledged to increase their national budget allocated to agriculture to 10 percent and increase the overall productivity of this sector by 6 percent.

Ten years after the signature of the declaration, several countries have launched and are at different stages of implementing the Comprehensive Africa Agriculture Development Programme (CAADP) process.

“There has been a lot of training and technical assistance provided during the ten years to countries that have signed the declaration in order for them to be better equipped to participate in this CADDP and prepare their own investment plans” said Michael Nalletamby the Chairperson of the Seychelles’ CAADP Implementation Committee, when contacted by SNA.

Seychelles signed the CAADP compact in 2011, and since then it has been formulating its own agricultural investment programme.

“In order for the programme to be country-specific and evidence-based, consultations and dialogue were initiated with key stakeholders, such as farmers, representatives of private sectors, donors, institutions, etc,” added Nalletamby.

The programme or Seychelles National Agricultural Investment Plan (SNAIP) is expected to be reviewed later this month by experts.

Nalletamby noted that the Seychelles government has already showed its commitment towards facilitating and supporting a food and nutrition secure society through the endorsement of documents such as the National Food Security and Nutrition Policy although he added that it “cannot invest 10 percent of its budget in the agricultural sector.”

“We hope with such a detailed programme, private sectors will be enticed to participate actively as well.”

Agriculture in the next five years

The Seychelles National Agriculture Investment Plan (SNAIP) is expected to be presented to stakeholders by early 2015.

Major investment programme in this policy will address challenges relating to trade policy on imports, usurpation of agricultural land and land allocation policies, water insecurities, climate change, access to finance, amongst other issues.

Should the different stakeholders and partners commit to this new investment plan, the Seychelles’ CAADP committee that has drafted the programme have said “there is no reason why there should not be an improvement in the performance of agriculture in Seychelles within the next five years.”