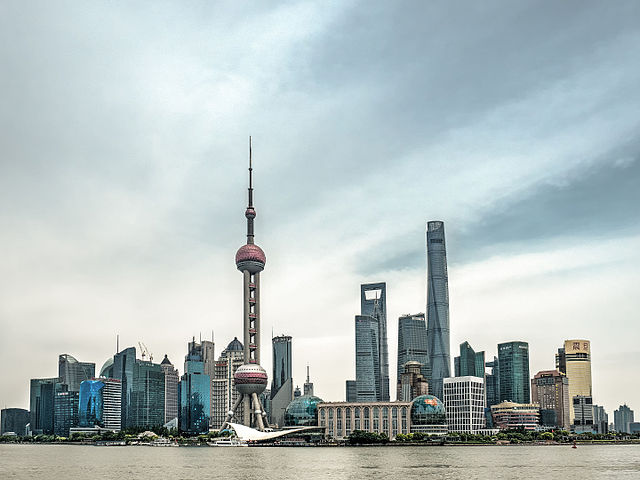 The skyline and waterfront in Pudong with the new tower in the city of Shanghai. (Ermell, Wikimedia Commons) Photo License:  CC0 1.0

(Seychelles News Agency) - A ‘Memorandum of Co-operation on Friendly Exchange’ between the two cities was signed on Friday by the Mayor of Victoria, David Andre, and the chairperson of the Standing Committee of Shanghai Municipal People’s Congress, Yicui Yin.

“In the agreement that we renewed, there are different areas that we would like to promote – business, trade, tourism, and culture among others. At the end of the day, the most important thing is how we can share the human experiences of our different people and cultures,” said Andre.

During the past years, Seychelles benefited from the exchanges by having some young Seychellois join youth camps in Shanghai, whereas other locals had the chance to take part in other activities that took place in the Chinese city.

Seychelles, an archipelago in the western Indian Ocean, has seen an increase in the tourism figures over the years has been accredited to the growing cooperation between the island nation and China.

During their visit to Seychelles, the Chinese delegation met with other high-level officials – the Minister for Education, principal secretary for fisheries, the Speaker of the National Assembly and chief executive of the Seychelles Broadcasting Corporation (SBC) - to discuss areas of cooperation.

“We have talked about the cooperation between the SBC and Shanghai Media Group (SMG). I heard that you have already started a partnership and going forward, there could be more areas to work together for example in joint production of programmes and also we could exchange programmes,” said Yin.

Shanghai Media Group is one of China's largest media and cultural conglomerates, with the most complete portfolio of media and related businesses.

She explained that “Shanghai could send more programmes to be broadcast in Seychelles and Seychelles can give us some of your good TV programmes."

Yin said that Shanghai can also help Seychelles to deal with the traffic congestion in Victoria as “Shanghai has developed for itself a good set of technologies, some approaches and good practices in terms of traffic management.”

“We rely heavily on high-tech and ICT to really figure out and pinpoint where the congestion points are in the city,” said Yin.

She explained that at their traffic command and control room, one can have a full picture of what the traffic is like in the city and where the possible congestion points are. From there, traffic police are sent to specific areas to handle the congestion situation.