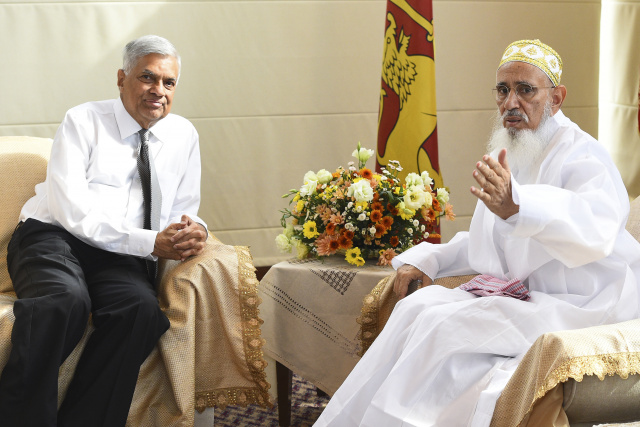 Wickremesinghe had been the clear frontrunner to be the United National Party candidate until parliament speaker Karu Jayasuriya and deputy party leader Sajith Premadasa threw their hats into the ring.

The UNP dominates the ruling coalition and is expected to nominate its candidate for the election to be held between November 7 and December 7.

Jayasuriya, 78, who played a key role in ending a political crisis last year, said he wants the top office so he can scrap the presidential system which he accused of centralising power.

"I will enter the contest with the intention of abolishing the executive presidency and not to enjoy that office," Jayasuriya said in a statement.

"Since 1995, we have wanted to scrap the presidency, but failed."

Jayasuriya led a campaign by members of parliament in October to oppose incumbent President Maithripala Sirisena's bid to sack Wickremesinghe and install a puppet prime minister.

Hours before his announcement however, Premadasa, 52, told a hurriedly summoned press conference that he should be the UNP's presidential hopeful.

The son of president Ranasinghe Premadasa who was assassinated by suspected Tamil Tiger rebels in 1993, Premadasa called for a secret ballot of the UNP executive to decide the candidate.

It was not clear when the party would decide, but the election is expected to be formally declared later this month.

Premadasa said he would beat Rajapakse who is considered a strong contender even though he faces corruption cases in Sri Lanka and two civil actions in the United States.

The US cases are over the murder of a newspaper editor and torture of Tamil rebel suspects when he was a top defence ministry official during his brother's rule.

Sirisena broke away from Mahinda Rajapakse's Sri Lanka Freedom Party to win the last election in 2015 with the help of the UNP. However he later formed a new alliance with Rajapakse.

The Supreme Court eventually ruled that Sirisena's actions were illegal.

Sirisena's alliance with Rajapakse was also short lived as Rajapakse has since formed a new party. Sirisena has not yet announced whether he will seek a new term.