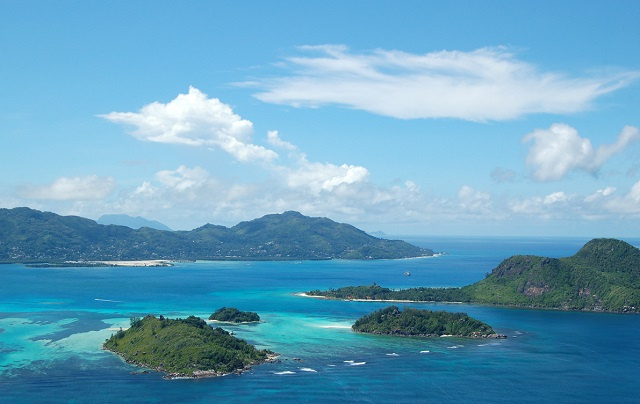 Though the islands were claimed by France in 1756, the Seychelles – 115 islands in the western Indian Ocean -- remained uninhabited until the first settlers arrived on board the ship Thélemaque. The date on record is August 27, 1770.

Captain Leblanc Lecore landed the first colonists, comprising of 15 white men, eight Africans (including one woman) and five Indians. The group made the very first settlement on Ste. Anne – one of the inner islands of the archipelago.

To coincide with the countdown and yearlong celebrations, SNA presents five important milestones in the history of the island nation.

The Stone of Possession by the French

Commander Corneille Nicholas Morphey was sent in 1754 to the islands. Commander of two ships, he was sent to claim the islands. Morphey renamed the largest island Isle de Séchelles in honour of Viscount Jean Moreau de Séchelles, Minister of Finance during the reign of Louis XV (later Anglicised as Seychelles).

This name was later used for the island group, while Mahé was again used for the largest granitic island. Morphey took possession for the French king and the French East India Company on 1 November 1756 and a stone of possession was erected on Mahe, in an area which today is Victoria – the capital city.

The British take control of the islands

September 15, 1801, was the date of a memorable sea battle just off the settlement. The British ship Victor though damaged managed to sink the French vessel La Flêche.

The British tightened the blockade on the French Indian Ocean colonies. Réunion surrendered, followed in December 1810 by Mauritius. On April 23, 1811, Captain Beaver arrived in Seychelles officially claimed the islands. Beaver left behind a Royal Marine, Lieutenant Bartholomew Sullivan, to monitor the Seychelles situation.

Independence – the birth of a new nation

Independence also restored the islands of Aldabra, Farquhar, and Des Roches, which had been transferred from Seychelles in November 1965 to form part of the new British Indian Ocean Territory (BIOT), to Seychelles upon independence.

Almost a year after independence, on June 5, 1977, France Albert Rene took power through a coup d’état and turned Seychelles into a one-party socialist state.

Three people died during the coup. The years that followed are marked with murders, disappearances, and many including the late Sir Mancham were forced into exile.

After 16 years as a one-party state, a multi-party system was introduced in 1993.  That same year, the people of Seychelles went to the polls to vote on a new constitution, elect a new president and representatives for a National Assembly -- the legislative body.

That was the beginning of the Third Republic of Seychelles, where the island nation got a new flag and national anthem.

The Democratic Party returned along with new opposition parties such as Parti Seselwa today the Seychelles National Party. Many who were forced into exile returned home.