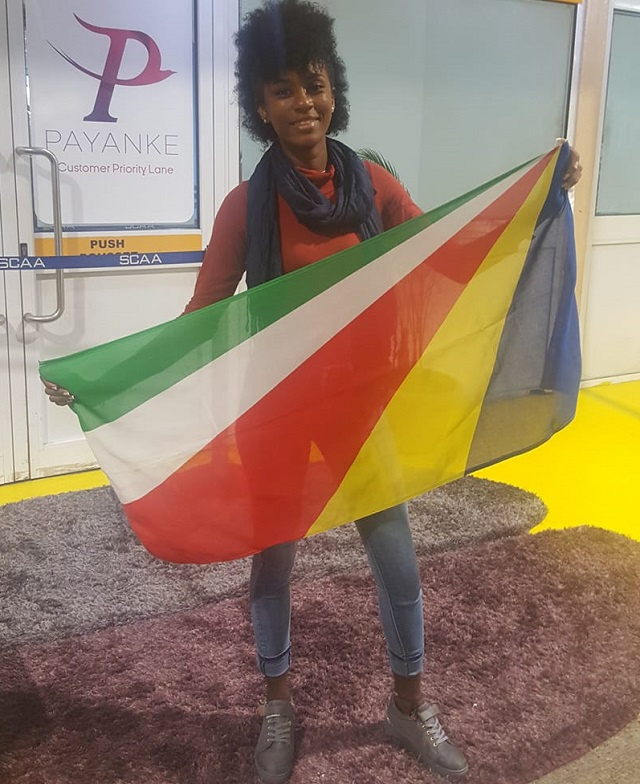 The founder of Telly’s Modelling Agency, Terry Carolla, said Accouche’s participation in these fashon shows is part of an existing collaboration with Clavon Leonard, a US-based designer.

“This is a great opportunity for Nahil. The Philadelphia Fashion Week is new to her and is of a higher level than the Atlantic Fashion Week,” he added.

Accouche was chosen by the agency as she already has a visa for the U.S. which facilitated formalities for participation in the fashion shows. She took part in the Atlantic City Fashion Week last year.

Gabriella Gonthier and Anika Monthy took part in the Mercedes Benz Fashion in Ghana. Ella Marie represented her country in Miss Heritage in Ghana, and Rynia Tamboo and Dean Savy participated in the Africa London Fashion in the UK.

The agency is planning to send Guillian Gome to Miss Culture Worldwide in Zimbabwe and Tisha Loze to Miss University Africa in Nigeria this year.

Currently, Telly’s Modelling Agency is waiting for the audition results for Ruth Bonte and Travis Thelermont for the forthcoming World Fashion Week in Paris.

Also on the programme for this year is the second edition of the Seychelles Fashion Week with Clavon Leonard as the promoter.

Carolla explained that participation in both fashion weeks will be a great opportunity to promote Seychelles, an archipelago in the western Indian Ocean. The Seychelles Fashion Week is scheduled for November 28 to December 1.

Leonard who is also the owner of Clavon Models, will be conducting a boot camp with all Seychelles models.

Telly’s Modelling Agency has already launched the audition calls for the event which will take place September 28 at the Paradis des Enfants in the capital Victoria as from 9 a.m.

“Those interested can just come for the audition on the date itself. We are encouraging everyone who wants to model to come forward, no matter their size, we want children as well,” said Carolla.

He added that the organisers of the event already has a list of 26 international designers and five locals who are interested to take part in the Seychelles Fashion week.

Beauty queen from Seychelles to take part in Miss University Africa, in Nigeria, next month