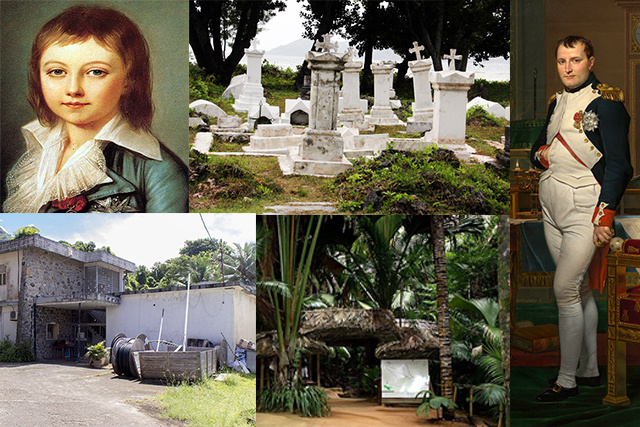 (Seychelles News Agency) - How are French emperor Napoleon Bonaparte, the ill-fated Louis XVI of France and Queen Marie-Antoinette linked to the Seychelles? And have you heard of a stolen stone?

Find out more interesting and intriguing historical facts about the island nation – all happening in September – through this week’s Buzz.

Thirty-eight deportees arrive on La Digue Island from France on board the ship ‘La Flèche’. They were the second batch of Jacobin terrorists that had planned to assassinate Napoleon Bonaparte on December 24, 1800, to arrive on the islands. The first batch came to the islands on July 12, the same year.

The first issue of L’Action Catholique, the organ of the Catholic Church came out. Printed by the Clarion Press, the paper’s proprietor and editor was Marcel Lemarchand. It cost 5 cents.

In 1957, the name of the paper was changed to L’echo des Iles. 3,000 copies of this first issue were distributed. The Roman Catholic paper is still being printed today and comes out on a fortnightly basis.

The British General Charles Gordon arrived at Mahé aboard Godavéry, to assess the defensive measures of the Seychelles Islands in the event of an enemy attack.

Gordon promulgated a facetious theory that the Vallée de Mai on Praslin and the Coco de Mer palm is the Garden of Eden and The Tree of Knowledge mention in Genesis 2:9, 17; 3:6.

The Stone of Possession was removed from its site in the grounds of Hotel Equateur in Victoria by a French General and placed aboard the S.S. Austalien bound for the Museum of Fleury in Paris.

Upon discovering the theft, the British administrator, T.Risely Griffifth ordered it back. The stone was returned to Seychelles on November 16.

The Radio Seychelles made its first-ever live broadcast, and that was of a cross country cycle race.

Louis Poiret, a 70-year-old planter of French origin died on Mahé. When he arrived in Seychelles in 1804, he claimed to be the Dauphin, the son of the ill-fated Louis XVI of France and Queen Marie-Antoinette.

Poiret first stayed on the outer island of Ile Poivre and later moved to Cap Ternay – in the west of the main island.