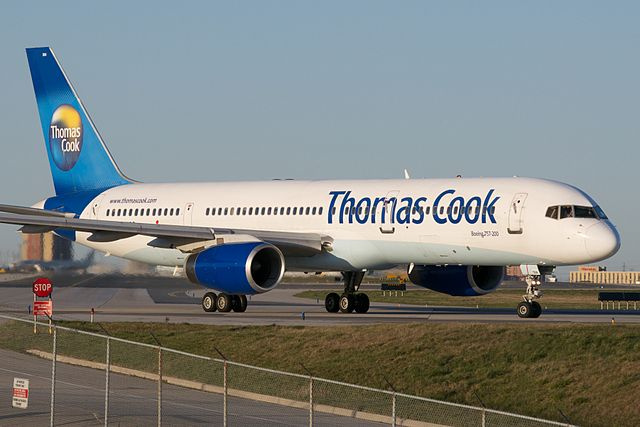 (Seychelles News Agency) - The Seychelles' Ministry for Tourism, Civil Aviation, Ports and Marine is closely monitoring the situation after the announcement on Monday that the British travel group Thomas Cook had declared bankruptcy.

A communique from the Seychelles Tourism Board (STB) on Wednesday said the board and the ministry are concerned with “the failure of Thomas Cook and its possible effects on the European market - especially in Germany through its local subsidiaries.”

The announcement about Thomas Cook’s bankruptcy after failing to reach a last-ditch rescue deal, triggered the United Kingdom's biggest repatriation since World War II to bring back stranded passengers.

The UK government said it had hired planes to fly home an estimated 150,000 holidaymakers to the UK in an operation starting on Monday.

Currently, Condor -- a subsidiary of the Thomas Cook Group -- operates weekly flights to the island nation.

The Seychelles Tourism Board said the information received by the STB Office in Germany is “that Thomas Cook Group is limiting its communication with its clients and business partners to the bare minimum although there has been few official bulletins and press releases issued by the group or its affiliates.”

“The STB Office in France has further communicated that in the hexagon, the situation is more complex, but not yet desperate because the subsidiary Thomas Cook France said it is not immediately concerned by the insolvency of the group,” the communique added.

The 178-year-old British travel group has been desperately seeking $250 million from private investors to save it from collapse.

"Despite considerable efforts, those discussions have not resulted in an agreement between the company's stakeholders and proposed new money providers," Thomas Cook said in a statement.

"The company's board has therefore concluded that it had no choice but to take steps to enter into compulsory liquidation with immediate effect."

STB’s chief executive, Sherin Francis, said that in an earlier communication with a member of the Thomas Cook Group Airlines- Condor Flugdienst GmbH, she had learned that the application made by Condor for a bridging loan from the federal government has been granted and this will certainly help refrain the company from ceasing all operations.

“This is indeed good news for Seychelles as even though Thomas Cook was the second-largest tour operator on the German market, Condor is one of the carriers for German passengers to the Seychelles,” the communique said.

The Seychelles’ Minister for Tourism, Civil Aviation, Ports and Marine, Didier Dogley, “is making a special appeal to all hotel partners regarding this unfortunate situation vis-à-vis Thomas Cook clients who are currently in the country or who are scheduled for a vacation.”

According to the board it is anticipating some slight challenges on the operations on the German market, however, based on the information it has received from the  Germany office, the overall business is unlikely to suffer in the end, given the ongoing demand and the attractiveness of the Seychelles, a nation of 115 islands in the western Indian Ocean.

Tourism » Be a reporter: Write and send your article » Subscribe for news alert
Tags: Condor, Thomas Cook, Seychelles Tourism Board