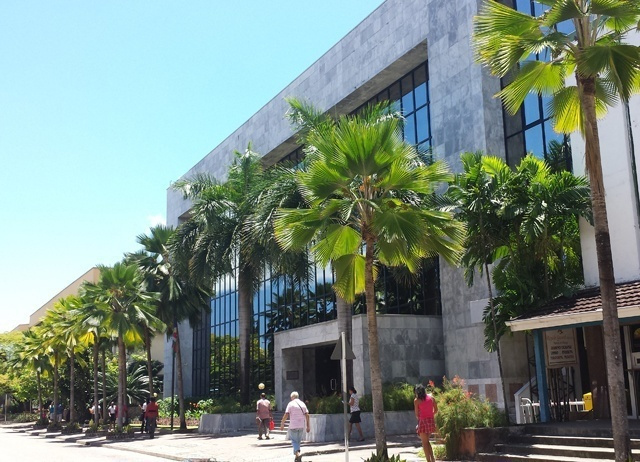 For the last three months of this year starting October 4, CBS has decided to relax the monetary policy rate from 5.5 percent to 5 percent. (Seychelles News Agency)

With the aim of supporting domestic economic activity, the Central Bank of Seychelles (CBS) has loosened its monetary policy stance for the fourth quarter of 2019, a high official said Thursday.

The governor of the central bank, Caroline Abel, said that for the last three months of this year, which starts on October 4, the board of CBS has decided to relax the monetary policy rate from 5.5 percent to 5 percent.

Abel added that decisions taken on September 23 also included the lowering of the standing credit facility rate to 8 percent, the rate at which banks borrow money from CBS. The interest rate on the standing deposit facility now stands at 2.0 percent, when commercial banks deposit excess money with the central bank.

“The rates are signals that the central bank gives to the financial market, mainly the banks, that this is the direction that central bank wants them to go when it comes to interest rates,” said Abel.

She continued by saying that “the commercial banks then have to adjust their rates based on that established by the central bank and our expectation with this the decrease in the monetary policy rate, is that it will be relayed through decisions made by commercial banks when it comes to loans.”

Abel explained that this “does not mean that rates on loans will be at 5 percent, but they are expected to reduce.”

Explaining the reason behind the decisions, Abel told the press Thursday that the bank has taken into account developments both on the international and local markets that affect the price of services and commodities in Seychelles -- a group of 115 islands in the western Indian Ocean.

“When it comes to commodities, especially food, we have seen that prices have constantly been going down for the past few months and not much pressure is expected in the coming month,” said Abel.

With regards to oil prices, predictions made in September have shown a reduction in prices as compared to predictions made in June, primarily in anticipation of a decline in global demand. The governor added that the bank is aware of uncertain developments in the international oil market due to recent geopolitical events.

Another element that the bank looks closely at is the foreign exchange rate “as the country depends greatly on importation.” Rupee remains stable against the US dollar while the Euro has weakened.

On the local scene, the positive performance of Seychelles’ leading economic sector – tourism – forecasts an increase in tourism earnings. As of September 22, the year-to-date growth in visitor arrivals stood at 6 percent. Tourism earnings are projected to increase by 6.0 percent in 2019 as compared to 2018. Increased tourism arrivals are being credited to increased flight frequency and connectivity.

“Another component is the fisheries industry, where we are mostly talking about the production of canned tuna. Production has increased as compared to the same period last year and the revenue coming in has also increased,” said Abel.

She added that “within the financial sector, the amount of money in the system has increased and an important component that we always look at is loan being given to the private sector.”

On year-on-year terms, statistics show a growth of 12 percent in money supply in August 2019 as compared to 7.4 percent in August 2018. Over the same period, credit to the private sector grew by 22 percent, the highest level recorded in the past four years. These were primarily influenced by loans disbursed in the categories of ‘tourism’ and ‘mortgages’.

Inflationary pressures have remained subdued thus far this year. In August 2019, year-on-year headline inflation stood at 1.8 percent, with the 12-month average rate at 2.4 percent.  Despite the high level of credit allocated to the private sector, the increase observed was mainly towards the productive sectors.