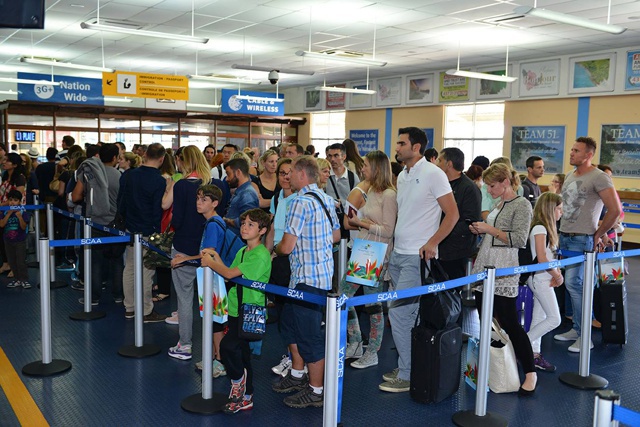 (Seychelles News Agency) - While Seychelles has a visa-free entry for tourists, the island nations’ health authorities have confirmed that visa requirements are being introduced for citizens from countries in the West African region as part of stepped up measures to protect its borders in light of the Ebola epidemic affecting West Africa.

The archipelago’s measure takes immediate effect as announced by the Seychelles Public Health Authority this morning, following consultation with the Ministries of Foreign Affairs, Home Affairs and Transport and Tourism.

The need to apply for a visa prior to being granted permission to enter the Indian Ocean island nation applies not only to nationals of countries where Ebola has been confirmed but to countries that border the affected states and others in the region as well.

The Seychelles authorities have said that consular offices and embassies in these countries are also being informed of the Indian Ocean archipelago’s decision and SNA has learnt that visa forms are being prepared for dissemination.

In a press statement issued this morning, the Public Health Authority said it has decided to intensify measures to prevent Ebola from entering Seychelles following indications from the World Health Organisation (WHO) that in spite of all ongoing efforts, the Ebola epidemic remains out of control in West Africa, more specifically in Sierra Leone, Liberia, Guinea and Nigeria.

The statement said that some Seychellois citizens are still travelling to these countries for non- emergency reasons in spite of being advised to refrain from doing so.

In a press interview this morning the island nations’ Public Health Commissioner Dr Jude Gedeon confirmed that “no case of Ebola has been registered in Seychelles,” but maintained that the Ministry of Health was taking certain immediate measures to protect not only its population but also visitors to its shores considering Seychelles is a tourist destination.

Gedeon says that the health authorities are introducing an additional measure to restrict travel to West Africa. All Seychellois citizens  will be required to obtain the expressed permission of his office, to be allowed to travel to Sierra Leone, Liberia, Guinea and Nigeria until the outbreak has been declared over by World Health Organization (WHO).

Furthermore, Seychellois citizens are strongly discouraged from attending any gatherings that may put them into close contact with potentially infected individuals.

“There is no ban for travelling, we are just asking people to be more cautious about their health. We are also working with the Immigration Office to see how many Seychellois nationals are currently working in Sierra Leone, Liberia, Guinea and Nigeria. Once this is determined we will be in touch with them and see how we can help them. Anybody who will return to Seychelles from the affected country will be taken care of immediately by the ministry of Health,” he added.

The Seychelles health authority is also discouraging foreign nationals from the affected countries currently working in Seychelles from visiting those countries stressing that if they insist on going they will not be allowed to re-enter Seychelles until the outbreak is declared over by WHO.

Together with the Immigration authority, active surveillance is also being intensified to screen all passengers who enter Seychelles after having been to Sierra Leone, Liberia, Guinea and Nigeria, the four most-affected countries as well as any other countries which register local Ebola transmission in the future.

Gedeon noted that the measures will be revised depending on circumstances and how the Ebola epidemic evolves.

Following WHO’s decision to declare the Ebola outbreak a Public Health Event of International Concern on August 8, the organization had issued recommendations for different groups of countries categorized as States with local transmissions, States with a potential or confirmed Ebola Case, unaffected States with land borders with affected States and All other states.

“No country can say they are fully ready to face a situation, but here in Seychelles there is an intensification of surveillance at the ports of entry and within the country,” said Gedeon.

Training of the various cadres of health care workers in infection control, use of personal protective gears and case management, introducing a new health check form at the airport, establishing contact with laboratories overseas in case we will need to have any test done, maintain contact with WHO and other regional states, strict passport verification at port of entry for travel to affected countries in last 28 days by the immigration office are some of the measures that had already been imposed.

At the end of last month the archipelago’s health ministry asked the Seychelles Football Federation to cancel a match between the national football team of Sierra Leone and the Seychelles’ national team as a precautionary measure in view of the Ebola epidemic affecting some West African Countries including Sierra Leone.

The Ebola situation in West Africa

The current Ebola outbreak in West Africa was detected in Guinea in March 2014 and is regarded as the most severe outbreak of the disease since it was first discovered in 1976 in terms of fatalities.

Ebola has killed more than 1,000 people in West Africa and it is feared that it could spread to East Africa.

Ebola which is transmitted by body secretions characterized by strong fever and excessive discharge of blood and other secretions. The incubation period is 2 to 21 days and there are no vaccines and over two-thirds of sufferers die from the disease.

While there is no cure for the disease the first consignment of the experimental drug, ZMapp, has arrived in Liberia from the US after the WHO approved giving patients untested drugs.