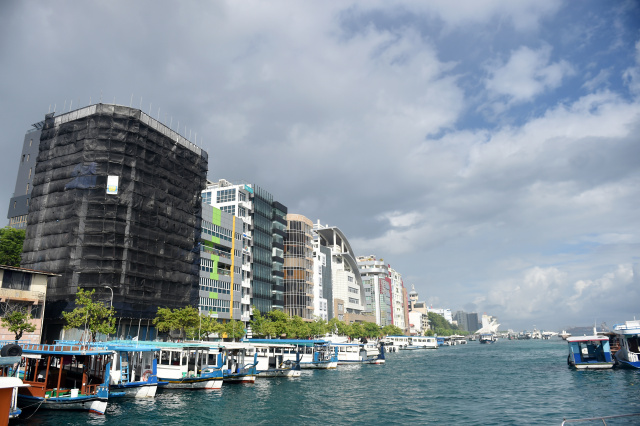 A general view is seen of the Port on the island of Male, the capital of the Maldives, on July 31, 2016. The tiny Indian Ocean atoll nation depends on imports to sustain its successful luxury tourism sector. (ISHARA S.KODIKARA / AFP)

(AFP) - The Maldives is seeking more direct flights from China to attract up to a million tourists annually -- triple the current number -- by 2023, the foreign ministry said Wednesday.

Foreign Minister Abdulla Shahid sought to boost air connectivity between the two countries during his visit to Beijing over the weekend.

"During my meeting with the Chinese foreign minister, we discussed the possibility of adding more direct flights from China to the Maldives," officials quoted Shahid as saying.

There are currently 26 direct flights a week between the Maldives and China.

Nearly 300,000 Chinese tourists are this year expected to visit the Maldives, known for pristine beaches and secluded coral islands scattered some 800 kilometres (500 miles) in the Indian ocean.

Foreign ministry officials said they expected a record 1.6 million tourists to visit the archipelago this year, up from 1.4 million last year.