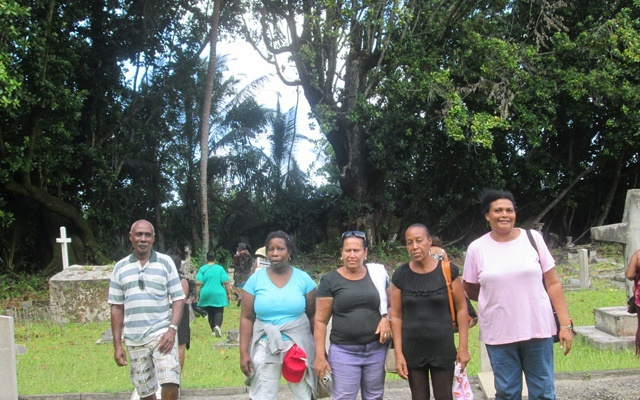 A group of original Chagossians who settled in Seychelles after their eviction from the Chagos archipelago who went on a trip organised and sponsored by the British government in 2015. (Alvin Tirant)

(Seychelles News Agency) - The Chagossians who live in Seychelles, Mauritius and the United Kingdom are expected to visit their home islands later in November.

The visit funded by the government of Mauritius is being organised as the islanders prepare to assume governance of their islands.

The planned visit follows a vote in May this year by the UN General Assembly which condemned Britain's occupation of the Chagos islands. The vote was in support of a motion setting a six-month deadline for Britain to withdraw from the Chagos island chain and for the islands to be reunified with neighbouring Mauritius.

Pierre Prosper - chair of the Seychelles-based Chagossians – said that the visit is one for reconnaissance and is in the interest of the displaced population.

“We are still in the planning stage and working on the logistics related to the trip and we yet to decide on the numbers to go,” said Prosper.

Prosper added that “it is important to establish right at the beginning that all Chagossians from all over the world should be included and involved in the island's governance.”

A recent meeting was held that gave the displaced people a chance to meet and discuss an agreement which will lead to the development of a constitution for the islands.

“We need to make sure that right at the beginning it is clear in the agreement that Chagossians should be at the head of the governance of their islands and should not be something that when the islands are transferred the Mauritian government takes the lead and the Chagossians get diluted,” explained Prosper.

Prosper added that “we recognise the administration of Mauritius because of the United Nations. And for the first time after a long time, we, meaning the Chagossians from all over, we are agreeing on the same thing.”

According to Prosper the group is united and will stand on the same decisions when the islands are transferred back.

“We all have agreed, it’s not the Mauritians who will talk to the Americans but all of us will do. We should have a central role in the governance of the islands. We have agreed that we will put all our points together and make a joint presentation to the government of Mauritians and we hope that they will agree to it,” explained Prosper.

A member of the second generation of the Chagossians – Rosabelle Gendron – told SNA on Tuesday, that this upcoming visit is crucial and important one.

“I heard from my mother and the rest of the family that their displacement was a traumatizing one, as they had no time to prepare. So the visit will help them to reconnect to their homes especially now that their permanent return there is a possibility."