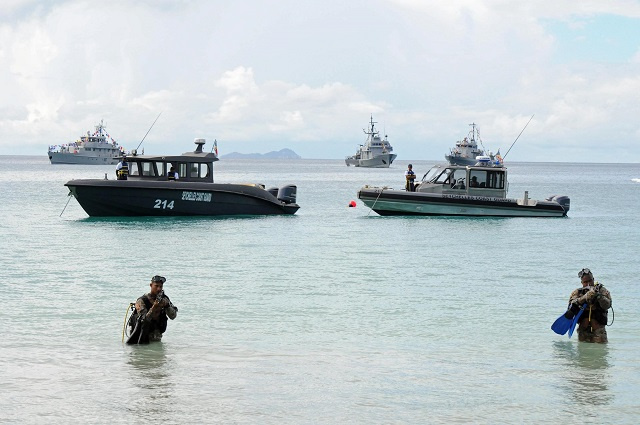 (Seychelles News Agency) - Projects aimed at improving maritime security and the capacity of the police force in Seychelles will be funded through a $7 million grant from the Japanese government.

The agreement for the Japan-Seychelles maritime security grant was signed on Thursday by Japanese Ambassador Tominaga Makoto and Seychelles’ Designated Minister Macsuzy Mondon.

The grant will cover the reconstruction of the Anti-Narcotics Bureau headquarters at Perseverance, a man-made island, and equip the maritime police unit with specialised equipment and high-speed patrol boats.

The construction of a facility for the storage of marine vessels confiscated as exhibits during operations also falls under the grant.

The police force will also benefit from workshops and capacity building.

“Training and capacity building will help our officers become more efficient in carrying out duties related to the threats and risks that we are facing in our waters,” said Mondon.

The Designated Minister and the Japanese Ambassador both agreed that maritime security is of crucial importance for both island nations.

“It is true that piracy has decreased but it remains a threat for all of us in the region. We appreciate that your government has accepted to support the Seychelles police and the anti-narcotics bureau when it comes to maritime security,” she said.

On his part, Makoto said that though “the number of pirate activities has decreased drastically, crimes such as drug smuggling, smuggling of small weapons and Illegal Unreported and Unregulated (IUU) fishing have increased.”

The deputy commissioner for operation in the police force, Romano Songor, said that “the grant will help us greatly as we currently have a lack of resources, manpower and infrastructure that inhibits us from carrying out our operations to the fullest.”

The foundation for the grant was laid during a bilateral discussion between Seychelles’ President Danny Faure and Japanese Prime Minister, Shinzō Abe while the two diplomats were attending the Seventh Tokyo International Conference on African Development (TICAD7) held in Yokohama, Japan, in August.

During that meeting, the two leaders also discussed the possibility of attracting Japanese companies in oil and gas exploration and exploitation in Seychelles.

Since the establishment of diplomatic relations between Seychelles and Japan in 1976, the 115-island archipelago of the western Indian Ocean has benefitted with support given by Japan in fields such as environment, disaster risk management, education and fisheries.

Leader of Opposition: Seychelles' economic future in hands of its people