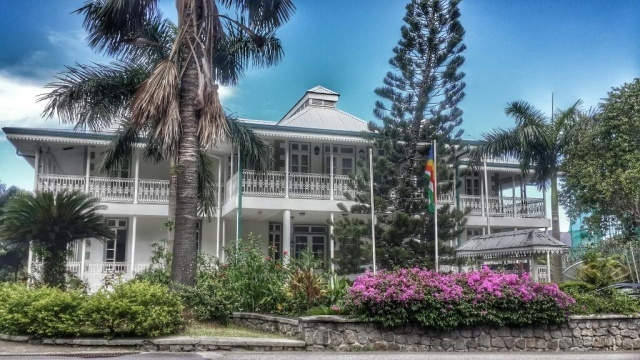 (Seychelles News Agency) - Seychelles will set up a first diplomatic mission based in Mauritius with the aim of elevating the relationship between the two countries, the Department of Foreign Affairs said on Monday.

The governments of the two island nations believe that a Seychellois diplomatic mission in Mauritius will bring the existing relationship to “new heights and widen their scope of cooperation for mutual benefit.”

Seychelles, an archipelago in the western Indian Ocean, and Mauritius established bilateral relations on June 17, 1988.

The mission will be an important milestone in the history of bilateral relations between the two countries linked by historical ties, insular affinities and strong bonds of friendship.

The Department said that a Seychellois diplomatic mission based in Mauritius “will allow the two countries to regularly partake in political dialogue regarding pressing regional and international issues, especially those of shared interest.”

No further details were given on when the mission will be set up.

After a working session with Mauritian Prime Minister Pravind Kumar Jugnauth, Faure said, “The relation between our two countries is one which is holistic, covering a wide array of areas: diplomacy, culture, trade and commerce, education among others.”

During his visit in October 2017, Faure signed four agreements.

In more recent developments between the two countries, since July this year, Air Mauritius is flying to Seychelles twice weekly -- Tuesdays and Saturdays at 11.10 a.m. and 1.10 a.m.

In August, the State Bank of Mauritius opened in Seychelles focusing on digital banking services.