8 buildings that have changed the face of Seychelles’ capital, Victoria 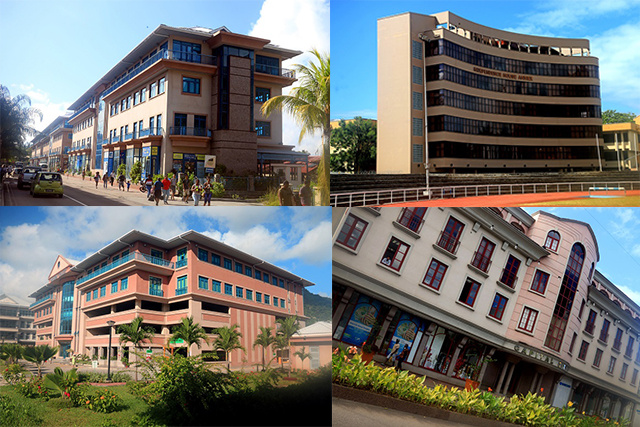 (Seychelles News Agency) - Victoria is the capital and only city of Seychelles – 115 islands in the western Indian Ocean, located on the north-eastern side of the main island of Mahe.

The area that would become Victoria was originally settled in 1778 by the French colonists after they claimed the island in 1756.

The town was called L'Etablissement until 1841 when it was renamed Victoria by the British, who had taken over the islands, after Queen Victoria.

Through the last 241 years, the city has seen and gone through many changes, including the rise of new and modern buildings.

This week’s Buzz brings you eight buildings which have been built in Victoria during the last decade.

Unity House was constructed by the Seychelles Pension Fund as part of its investment programme. Covering an area of 9,540 square metres of office and business premises, the building has three floors and a total of 44 shops and 88 offices.

Unity House stands in the area of the old Unity House which was built in the 1970s. It was demolished in February 2007 in order to make way for the new building complex.

In January 2016, the first multi-storey car park in Seychelles was opened at the Maison Collet in Victoria. The building which also features office was built to provide for increased demand for parking in Victoria.

Maison Collet was named after Charles Evariste Collet who in 1947 became Attorney-General and transformed Seychelles by introducing modern laws reforming the tax system and improving the living conditions of Seychellois.

Operational as of 2016, Quadrant building located at Huteau lane is owned by local company Hunt Deltel and houses its headquarters.

Luxury apartments occupy the fourth floor and all guests and tenants can enjoy underground parking – a luxury in itself as the lack of parking in the capital city is a real issue.

The Kanna Mall is owned by the Pillay R Group whose chairperson is Ramu Pillay. Opened in September 2017, the mall is located on Albert Street opposite the ex-Seychelles Trading Company (STC) supermarket.

According to the owners of the mall – the fourth mall in Victoria – the building will allow more opportunity for people to do business.

Capital City is a privately owned building in the heart of Victoria, at the Independence Avenue, steps from the clock tower – the main landmark of the capital city. The ground plus two-level building currently houses offices and shops.

Barclays Asba premier and business banking branches share the ground floor of the building along with shops, money exchanger and the cable television provider Intelvision.

Offices such lawyer chamber, offshore service provider, Qatar Airways as well as the Sri Lankan embassy occupies the other floors of Capital City.

The Independence House Annex building was opened in June 2016 to commemorate the 40th anniversary of Seychelles’ Independence and the start of a new era for private and public partnerships in Seychelles.

Construction of the annex block which was undertaken by Green Island Construction Company (GICC) started in November 2014 and under the PPP arrangement, the government provided the land while Green Tree Investment raised financing for the building.

The multi-story annex block completes this hub with other investment-related services and houses government ministries and departments.

The new Nouvobanq Bank building adjacent to the Stad Popiler car park was officially opened on May 2017. The building is seen as a landmark achievement for the bank since it opened its doors in 1991.

Nouvobanq is the only Seychellois bank that has its own building. Experienced internationally, Nouvobanq is officially known as the Seychelles Merchantile Bank.

The building is owned by Laxion Holdings Seychelles and was constructed by Laxambhai & Company.

The new building is described as an added value in the capital city. It is a commercial centre and houses the Al Salam Bank Seychelles originating from Bahrain, the newly established Japanese embassy and Indian High Commission along with other offices such as local insurance company SACOS.